Michael Jordan took the #MJTakeover campaign for the Hornets to a new level yesterday. On Tuesday, the GOAT took over all of the Hornets’ social media accounts and gave Kemba Walker a contract extension and yesterday he took over Kemba Walker’s body (as in possessed) and put on a great clutch performance.

“I was so high on adrenaline that I couldn’t calm down,” Walker said of his slow start. “I was so anxious to be out there and the crowd was so into it. I was trying my best but it just wasn’t working out for me. Those last couple of shots I finally really did relax.”

And Walker did all this with the flu…actually he just had cramps in his right foot.

“He’s courageous,” Hornets coach Steve Clifford said. “I asked him if he was good and he said, `I’ll make one more play.’ And he did.”

And that play was worthy of the Michael Jordan fist pump! 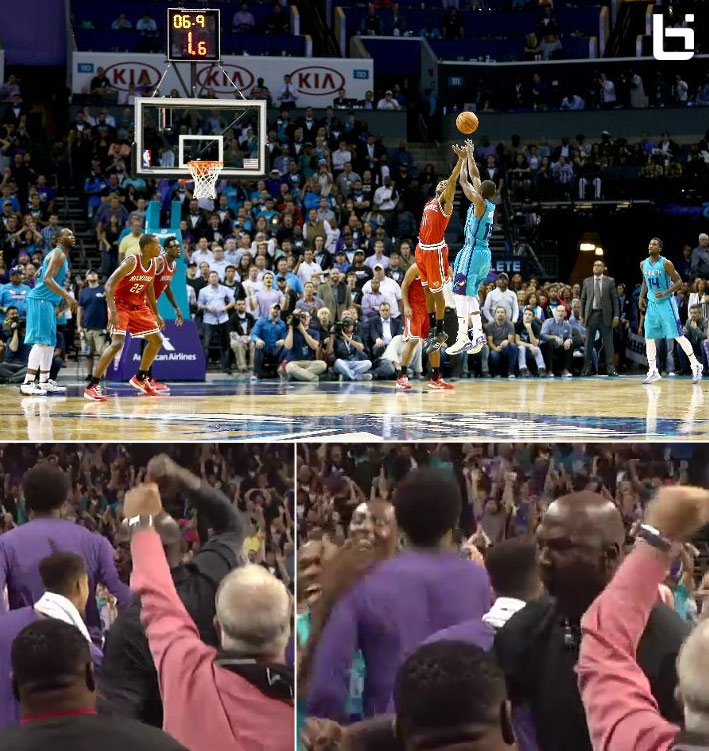 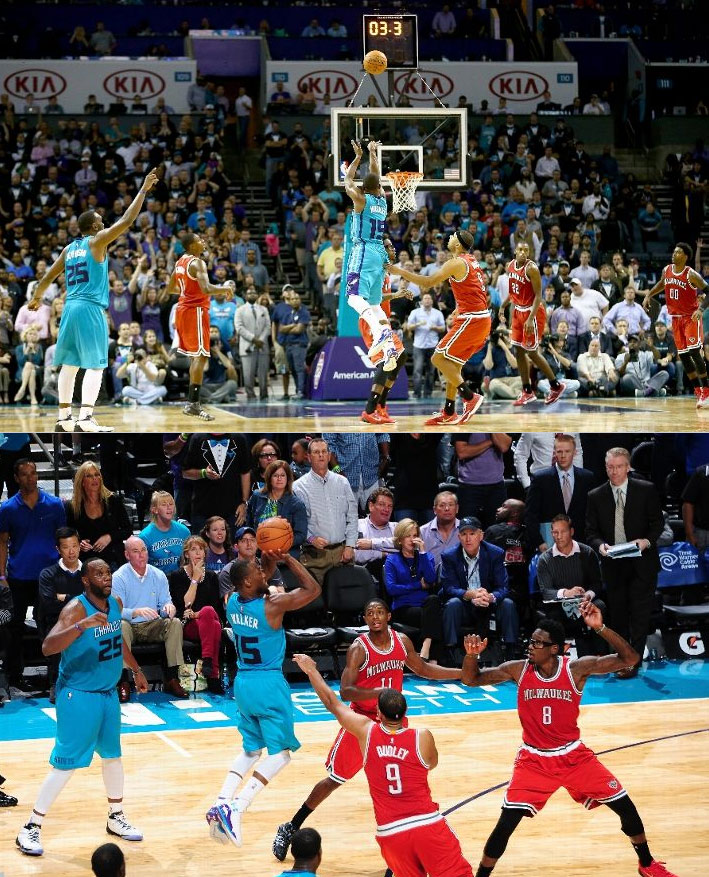