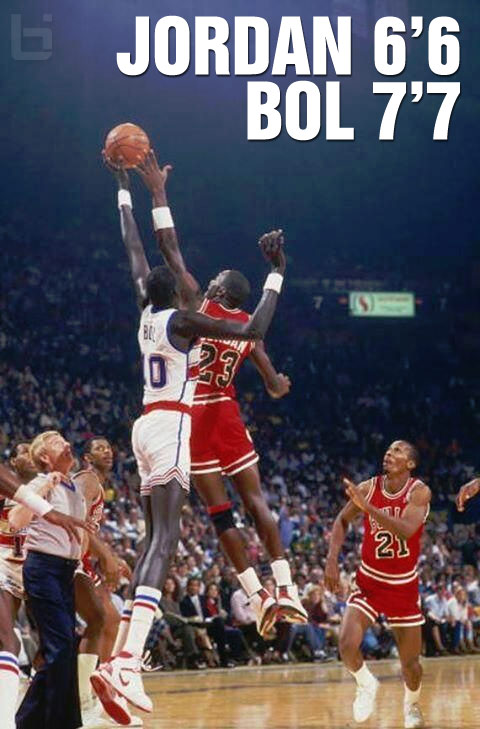 Jordan was the first to draw blood during Manute’s early days with the Bullets.

Then he got him again years later when Bol was with the 76ers.

And it was with the 76ers in 1991 that Bol got some payback on Jordan and the Bulls.  MJ was coming off of back-to-back under 20 point games so everybody knew he was in for a big night – especially since they were playing the 76ers. Everybody was right and Jordan put up 32 points, 14 rebounds and 9 assists but the star of the night turned out to be 6th man Manute Bol even though he never made a bucket in the game. He did have 6 blocks off the bench including 2 on Michael Jordan and a potential game-winner by Stacey King with 5 seconds left in regulation.

After the final seconds it was a 3 point victory for the 76ers behind 0 points, 7 rebounds, 2 assists, 6 blocks and about 10 great defensive possessions that don’t show up in the boxscore.

Another thing that doesn’t show up in any boxscores was all the good work Bol did off the court especially in his homeland of Sudan before he passed away in 2010. 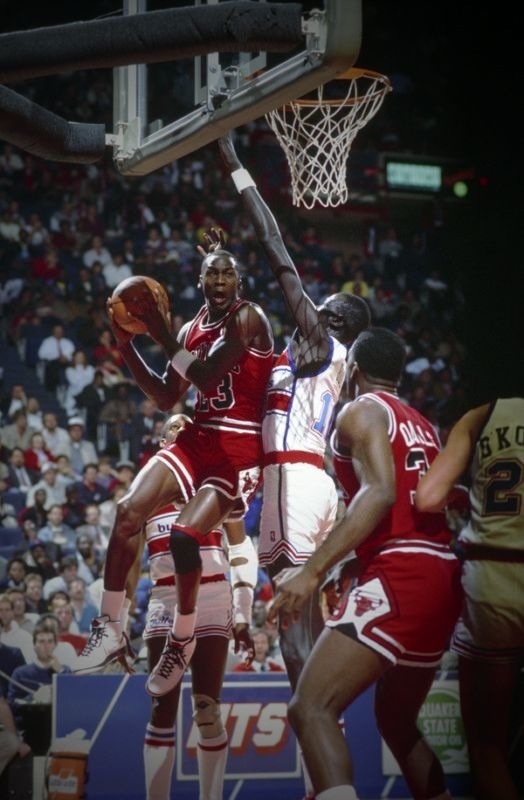