Not many ballers had a better summer than the Grizzlies Mike Conley Jr. Besides signing one of the best biggest contracts in NBA history (5-years, $153 million) and joining Michael Jordan in the $30 million club, the point guard got to be a little more like Mike when he signed a deal with Jordan Brand in September. This deal also meant Conley wouldn’t have to wear those God awful Chef Curry 2 sneakers aka “Let Me Speak To Your Manger 5s” aka “Bible Study 4s” aka “Yes, Officer. Right here. I saw everything 7s.”

When Conley showed up to this season’s media day, he was wearing the “Fine Print” Air Jordan 31 and asked by the Grizzlies lovely reporter Alexis Morgan about the Curry sneakers. 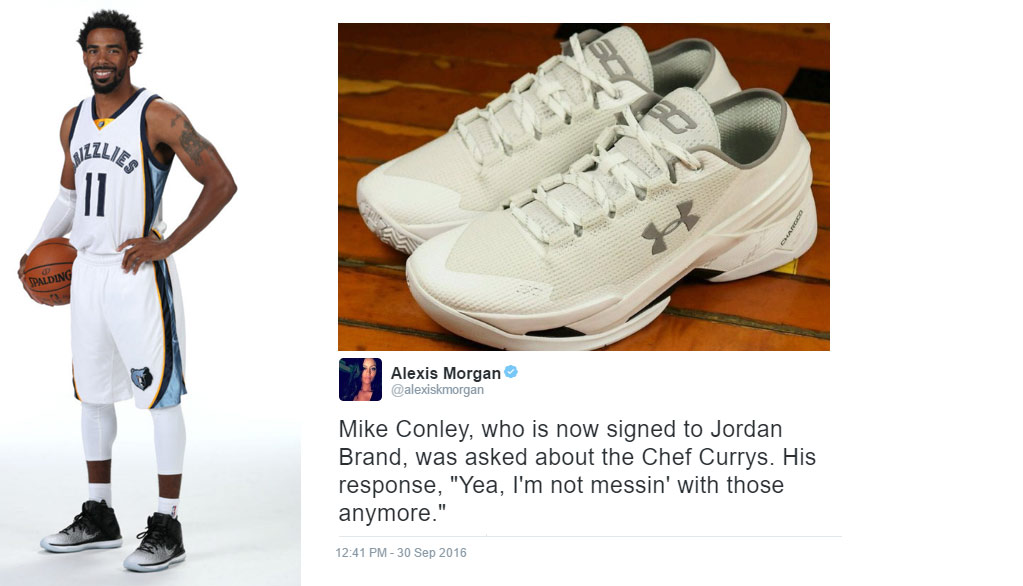 He also talked to Slam Magazine about having the honor to represent Jordan.

“Jordan himself is iconic and is the greatest player of all time,” Conley said. “The shoes are the greatest of all time. Being linked to that is the ultimate honor. It’s like being inducted into some kind of sneaker society. It’s really cool. Not a lot of people get that opportunity. It’s a blessing to be a part of such a storied brand.”

On Tuesday – first day of the NBA season – Alexis Morgan posted the following pic of Conley on Twitter.

And Twitter user CJ Fogler pointed out Conley had the Air Jordan 31 Battle Grey kicks, which drop at the end of this month.

Then on Wednesday morning, Conley posted a pretty awesome photo of himself as a kid, with the GOAT, along with a caption about how excited he is to lace up his Jordans for the Grizzlies season opener. 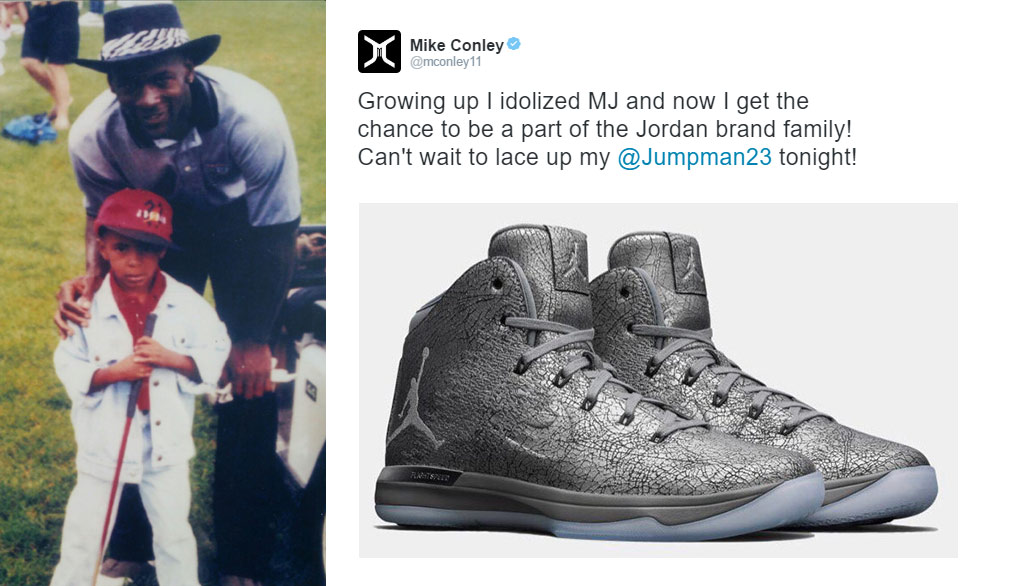 So, will Conley the Conductor live up to his massive contract? I have no idea but I do know he will at least look good trying.