“I don’t think we will be having a discussion about how much money he is worth,” Grizzlies coach David Fizdale said about his point guard after he scored a franchise postseason record of 35 points on 13 of 23 shooting to go with nine boards and eight assists in Saturday’s thrilling 110-108 OT win over the Spurs. “I don’t want to hear about it at least. The guy’s a superstar.”

After a game-tying three pointer by Spurs superstar Kawhi Leonard, who had a career-night with 43 points, eight boards, seven threes and six steals, Mike’s All-Star teammate Marc Gasol knocked down a running, off one-foot fadeaway jumper down the middle with 0.7 seconds left in the extra session to tie the series up at 2-2.

According to Zach Randolph, Gasol called his game-winner.

“He told me he was going to get it and go to his fadeaway, and that’s what he did,” Randolph said.

And if all this Grizzlies stuff wasn’t GOAT-worthy enough, Mike Conley and Marc Gasol walked off the court looking like Mike Jordan and Scottie Pippen after the 1997 “Flu Game” aka “The Hangover Game.” 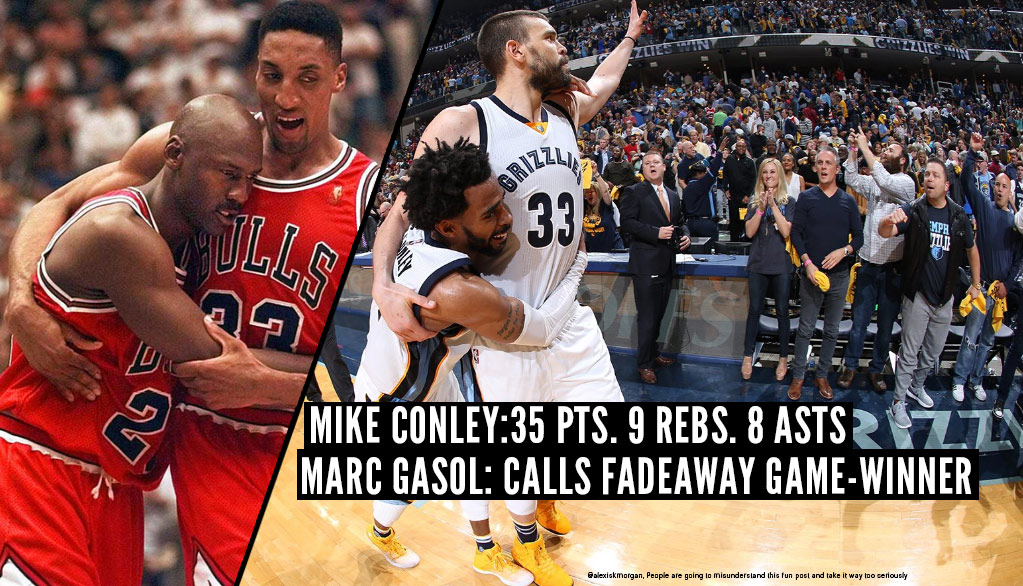