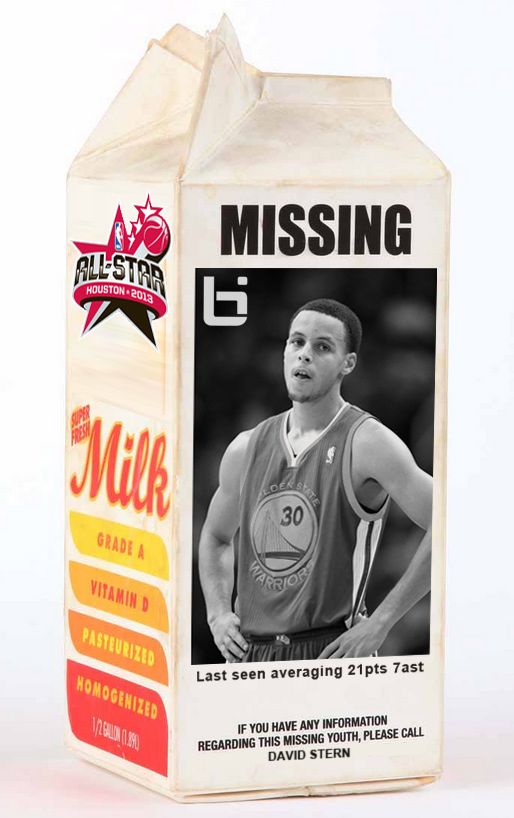 Not taking anything from anybody but I was trying to enjoy a bowl of Honey Nut Cheerios and was depressed when I saw this.

Anthony Tolliver hit it on the head when he tweeted his theory on why Steph was left off the team (Update: This is a joke – people that take things too seriously on Twitter)

No way @stephencurry30 should’ve been left off the #WestAllStar reserves! Keep grinding bro…coaches hatin’ on you cuz ur light skinned! Congrats to the following