In 2003, the Knicks created the “Calvin Klein Law” after fashion designer Calvin Klein walked onto the MSG floor in an attempt to talk to Latrell Sprewell (seriously, this happened). The law says anyone who breaks it will be arrested and fined. On Monday night, that law was broken when a fan ran onto the court to give Carmelo Anthony a hug. He was escorted off the floor but security didn’t kick him out and I’m assuming will not punish him with any fines.

“It was a little kid,” Anthony said of the law breaker. “I was shocked. I didn’t really know who was it until I actually looked over and saw that it was a kid.”

The kid did get a light slap in the back of the head by the women he ran to. 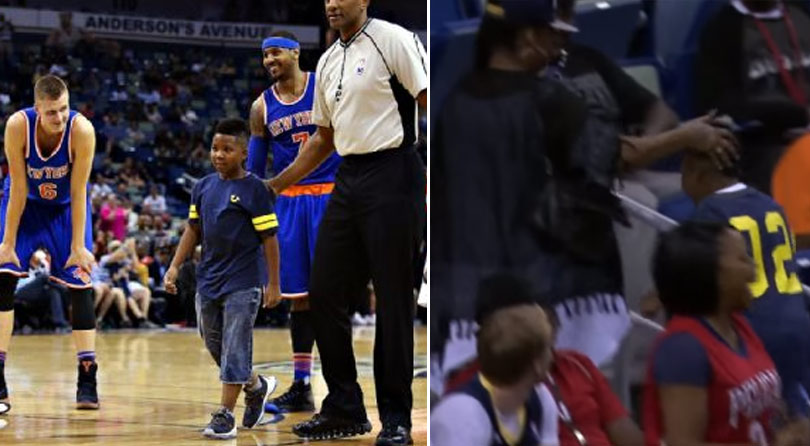