Usually when a player attempts 35 shots and doesn’t put up 50+ you are going to hear a lot of complaints, but none of the Mavs’ coaches, teammates or fans had anything bad to say about Monta Ellis after Dallas’ double OT victory over the Bulls.

“His shooting numbers were a little unusual, but every time we needed a big shot or a big play, he made it,” Mavericks coach Rick Carlisle said.

Monta hit 3 free-throws at the end of regulation to put the game into OT and made clutch buckets including a big 3-pointer in double OT to pull out the win.

When asked after the game if it was jacking up that many shots he replied,

Out of the last 100 players to attempt atleast 35 shots, Monta became the first to not score atleast 40 points.  Carmelo Anthony was the last player to attempt 35+ and he finished with 62 and 45 points. Here’s the last 10 times a player has shot 35+ and how many points they ended up with. 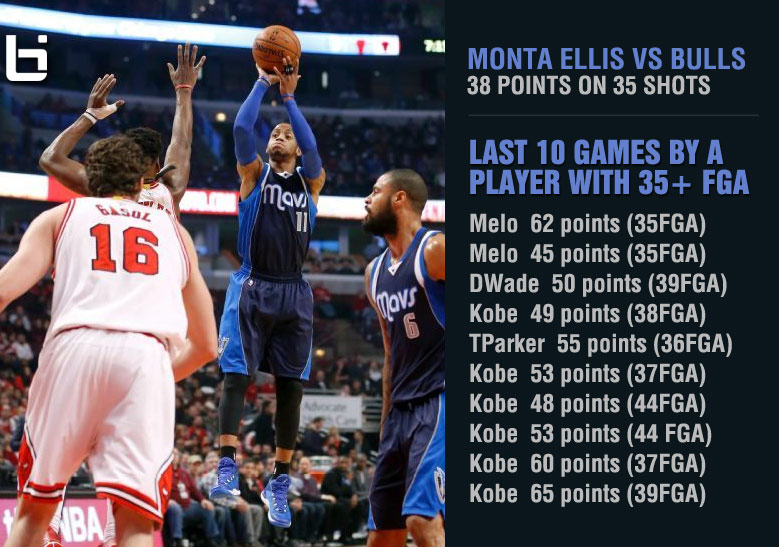