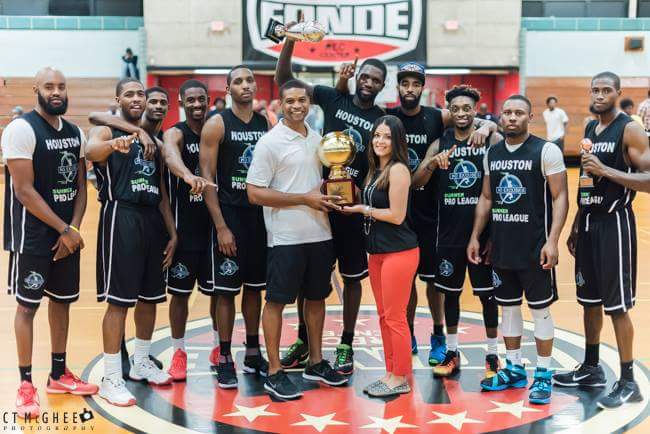 I think it was destiny for me to show up the Houston Pro-Am championship game on Monday night.

On Monday morning, the website “The Dream Shake” posted an article called “Rockets Blast from the Past: Moochie Norris was a bright spot in dark times.” If you were in the Houston area or a big fan of the Houston Rockets during those “dark times (early to mid 00s),” then there’s a good chance Moochie Norris was one of your favorite players. He didn’t get the love outside of H-Town that Steve Francis, Yao Ming or even Cat Mobley got, but I can recall more big shots hit by Moochie than any of those other 3 Rocket stars. And with every one of those clutch 4th quarter 3-pointers or game-winners, there was the beautiful sound of the great Calvin Murphy yelling “Moochie!” or “Moo Moo Moo Moochie!” louder than his suits.

Pretty epic right?  Not bad for a 2nd round pick in the 1996 draft. You could say he’s the steal of the draft! I’m obviously kidding and I think that title belong to that high school kid the Hornets drafted and traded to the Lakers. 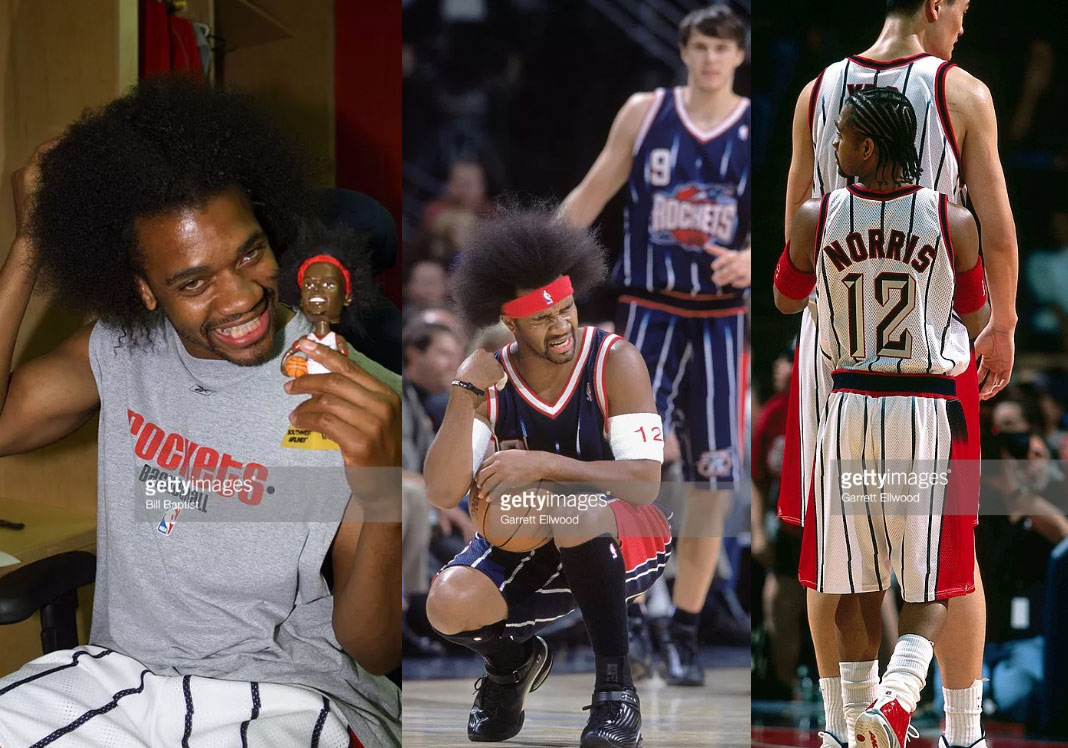 His large afro and cartoonish smile fit his larger-than-life personality contained in a 6’1 body and when I walked into the Fonde rec center in Houston on Monday night, guess who was the first person I saw on the court?  You guessed it, 16 years after the first time I saw him play in a NBA game in person – December 21st of 2000 to be exact and he had 12 points off the bench as Kobe Bryant lit the Rockets up for 45 – I was seeing Moochie Norris play again. But the afro was gone. Actually it just dropped down to his face. 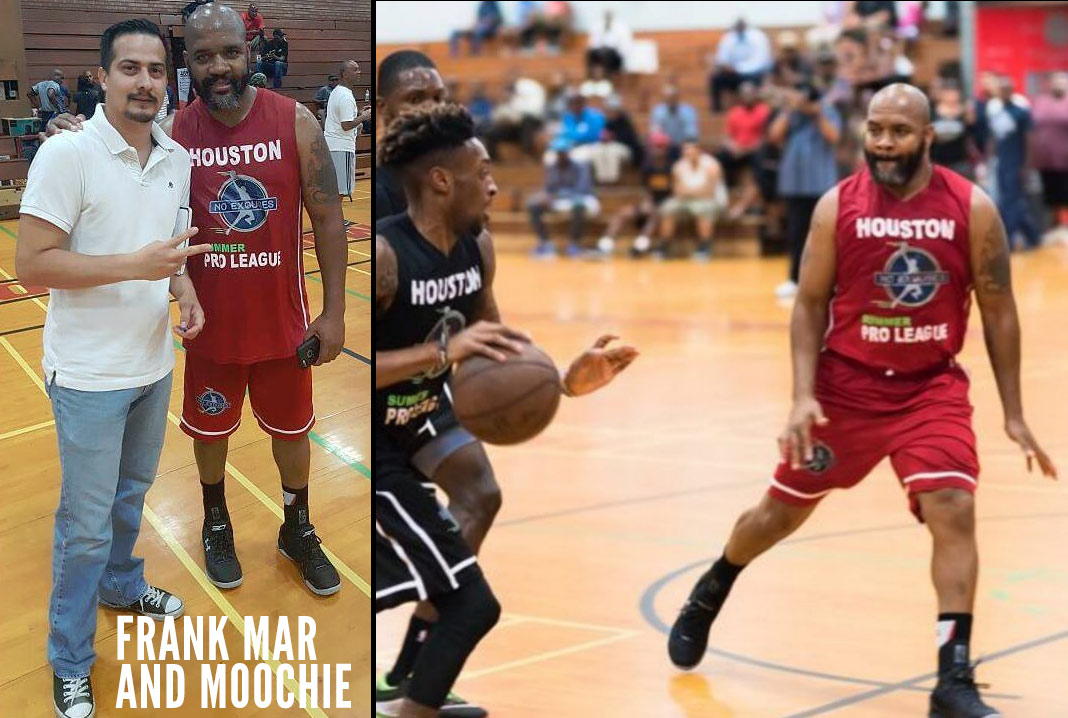 For the next two hours I got to watch Moochie and his Showtime Ballers team take on Team Competitive Choice. I also got to see former Rocket Mike James show he still has nasty handles and a deadly 3; I got to see a high-flyer have his dunk attempt caught in the air; I got to see a very competitive game. What I was really hoping to see was Moochie win the championship with a 3 so I could do my best Cavlin Murphy impersonation. It didn’t happen. His team lost by 4 and the MVP award went to Sulei Braihmo for his 25 and 14 performance.

I still went home happy because I got to see Moochie.

On this night, I also got to see a few other former Rockets give a touching half-time tribute to the most underrated center of all-time: the late, great Moses Malone. Before he passed away, I was part of a committee that was going to put together a roast called “The Roast Fo Fo Fo Moses Malone.” Unfortunately it didn’t happen, but again, this is why I felt like it was destiny for me to show up to the Pro-am this night.  Hearing these guys talk about the 3 x MVP who taught Hakeem many of his moves (at this same court while Hakeem was in college), mentor Charles Barkley and guarantee a NBA championship was awesome.

So shout out to houstonstreetball.com owner Frank Mar for inviting me out to this event and shout out to Coach Casey Williams on the championship win and his No Excuses Foundation for keeping the Houston Pro-Am running. There’s been a lot of greats – from Dwyane Rogers to Clyde to Kenny Smith to Nick Van Exel to Robert Horry to T-Mac to James Harden to Moochie(!) – that have played here and a lot of great memories made – including mine on Monday.