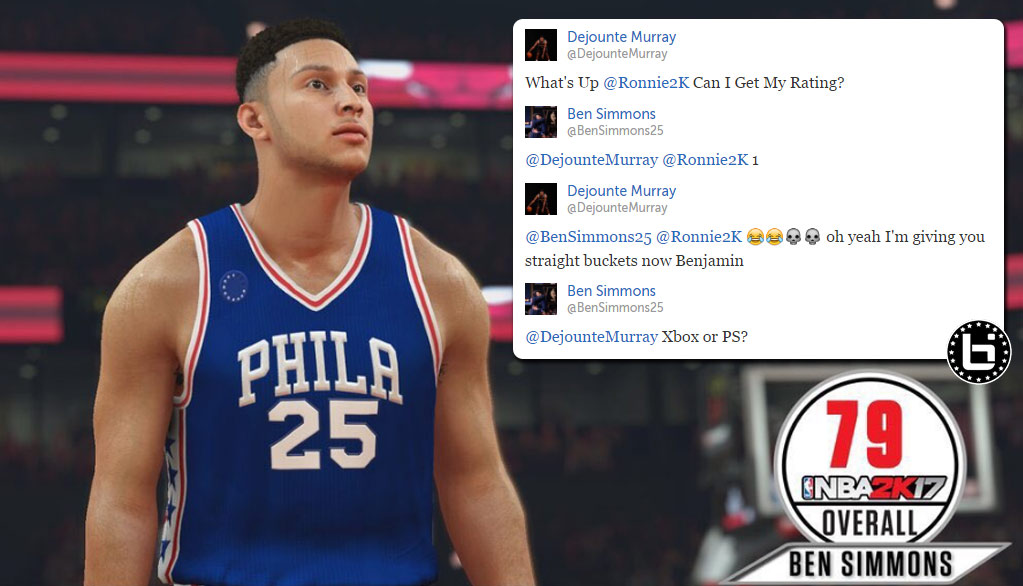 Is 79 too high or low for D’Angelo when his former HS teammate Ben Simmons also got a 79 and Joel Embiid a 77 just for being a Twitter Ninja?

The funniest exchange came when Spurs (steal of the draft) Dejounte Murray asked for his rating and #1 pick Ben Simmons replied with a 1.  When Murray responded by saying he was going to give “Benjamin” straight buckets, Simmons replied, “XBox or PS?”