This could have been funny if it wasn’t more staged than an episode of ‘Undercover Boss.’ Granted, it would be tough for a 6’11 NBA All-Star and Olympic Gold Medal winner to go undercover as a ref and not be recognized, but pulling a Clark Kent and having Boogie ref a bunch of adults isn’t going to work.

If Draft Kings would have sent the the only player to receive 10+ techs every season for the past 6 to maybe a 10 & under kids’ basketball game, then they probably could have pulled it off and had some great reactions from the little ballers and their parents.

Oh well, let’s take a look at some stats and videos showing the amusing relationship DeMarcus Cousins has with referees. 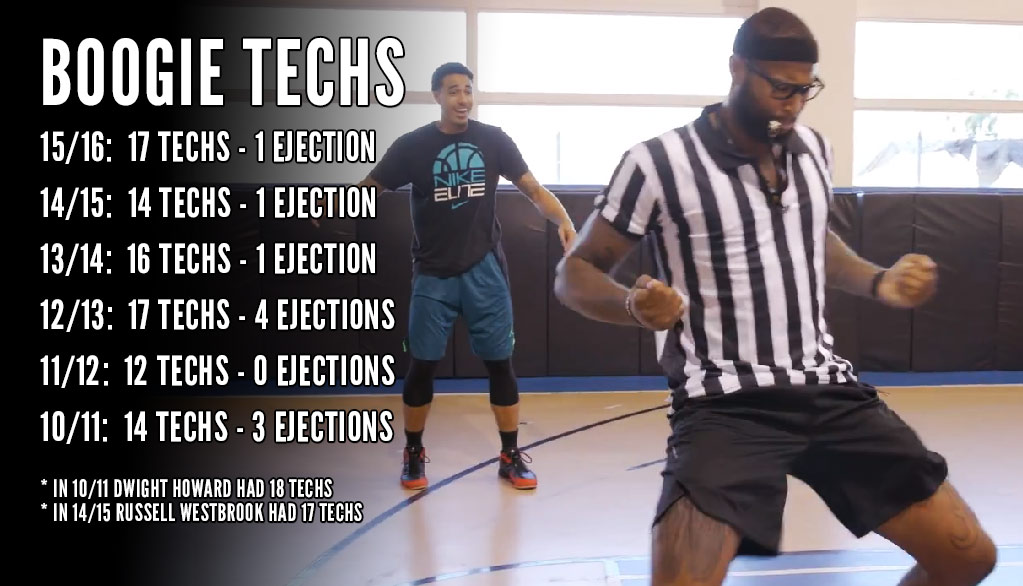