EA sports released a first look at NBA Live 16 earlier in the summer and then generated a some buzz last week with the cool news that the most popular pro-am courts – from the Drew to Rucker to Venice Beach – will be featured in Live 16.  I don’t think 2K Sports was that impressed because they just put out a trailer for 2K16 called #Winning with DJ Khaled’s overused track “All I Do Is Win” and it does look like 2K will be keeping the dynasty alive.

If the graphics and details (those creepy mouth guards!) weren’t enough, they even added video bombing (Draymond!) to go with the game that already has Spike Lee and Rachel DeMita on their roster. 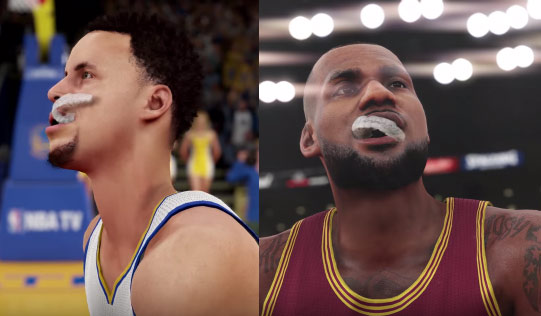