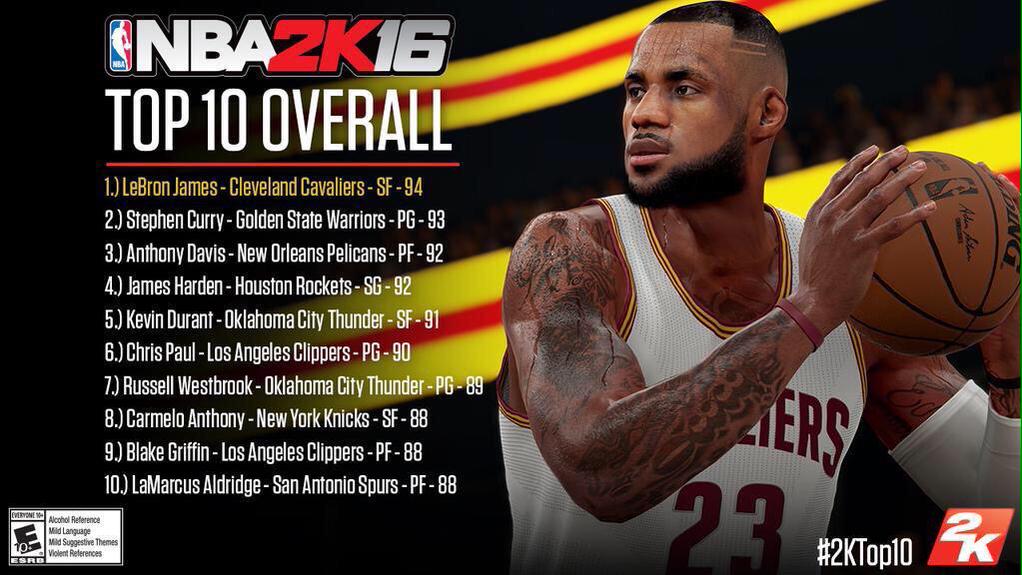 I can’t wait to hear what Brandon Jennings has to say about this list.  As we countdown the days until NBA2k16 is released, 2K has been releasing Top 10 charts by position.  On Tuesday afternoon, they released a chart for the Top 10 Players overall and asked their followers “what do you think?”

Most were cool with the the top 5 players although many fans thought it was little disrespecful having Kevin Durant at #5 and his teammate Westbrook at #7 – below Chris Paul.  A lot of Kobe fans weren’t too pleased with Bryant not being on the list while Carmelo Anthony was.

I also can’t wait to hear what Melo has to say about all of the people who believe he doesn’t belong on the list. This was his response earlier in the month when a person asked if he was “still an elite player?”