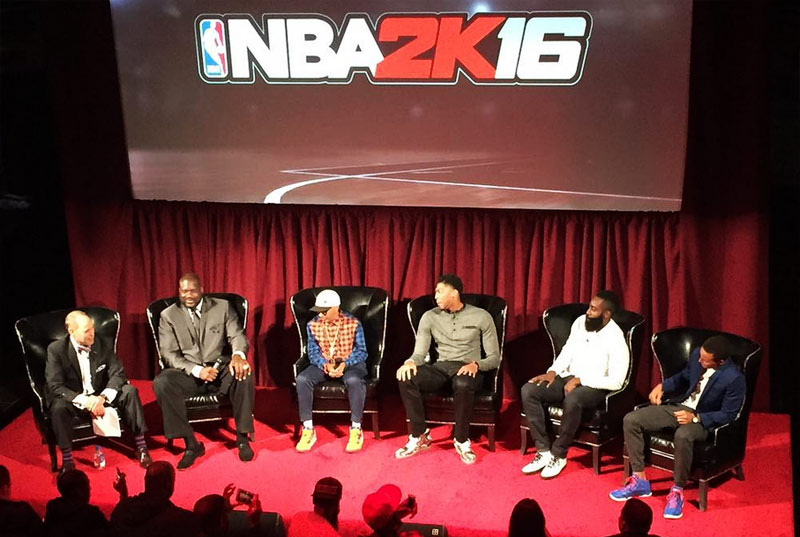 If you weren’t lucky enough to attend the 2K16 launch party (like me) and listen to Ernie Johnson, Shaq, Spike Lee, Anthony Davis, James Harden and Steph Curry last night, then you missed out on some great stories. It seems some of the most interesting came on the topic of spending money. Anthony “$145 million richer” Davis admitted to buying a monkey and Shaq said as a rookie he once spent a million dollars in a single day.

A funny related story to that one is in Shaq’s first autobiography he said he went car audio shopping with his Mom during his rookie season and his Mom wanted him to buy the goods on layaway.  He had to remind her that they weren’t broke anymore and could afford it. Also worth mentioning about Shaq and his money is he supposedly has never spent a penny of any of his NBA contracts ($292+ million) – how many NBA players can say that?

Despite the great money managing by Shaq and his financial advisers, he still seems a little butt hurt over not investing in Starbucks when he had a chance.

Can we say Shaqtin’ a Fool?

One person who was smart enough to take Starbucks CEO Howard Schultz offer was Magic Johnson who sold 105 franchises a few years ago for $27 million.