Here’s the NBA YouTube channel’s compilation video of the ‘The TOP Dunks From NBA Finals 2017 Game 1.’ Most of these came during the first half, when Kevin Durant threw down six of the Warriors 11 first half dunks and LeBron James posterized JaVale McGee, which was missed by Jeff Van Gundy because he was too busy staring at Rihanna harder than Kevin Durant after a three.

If you saw the game and then watched the NBA video, you might be thinking the same Nike people who confiscated footage of LeBron getting dunked on by a teenage Jordan Crawford put this montage together because they left out one very memorable dunk. The dunk they left off is the one that left LeBron James laying on the ground (YES, I know he slipped) and E-40 jumping in the air.

And here’s a couple of great photos of the dunk and the Warriors fans, including E-40, having an orgasmic reaction to it. 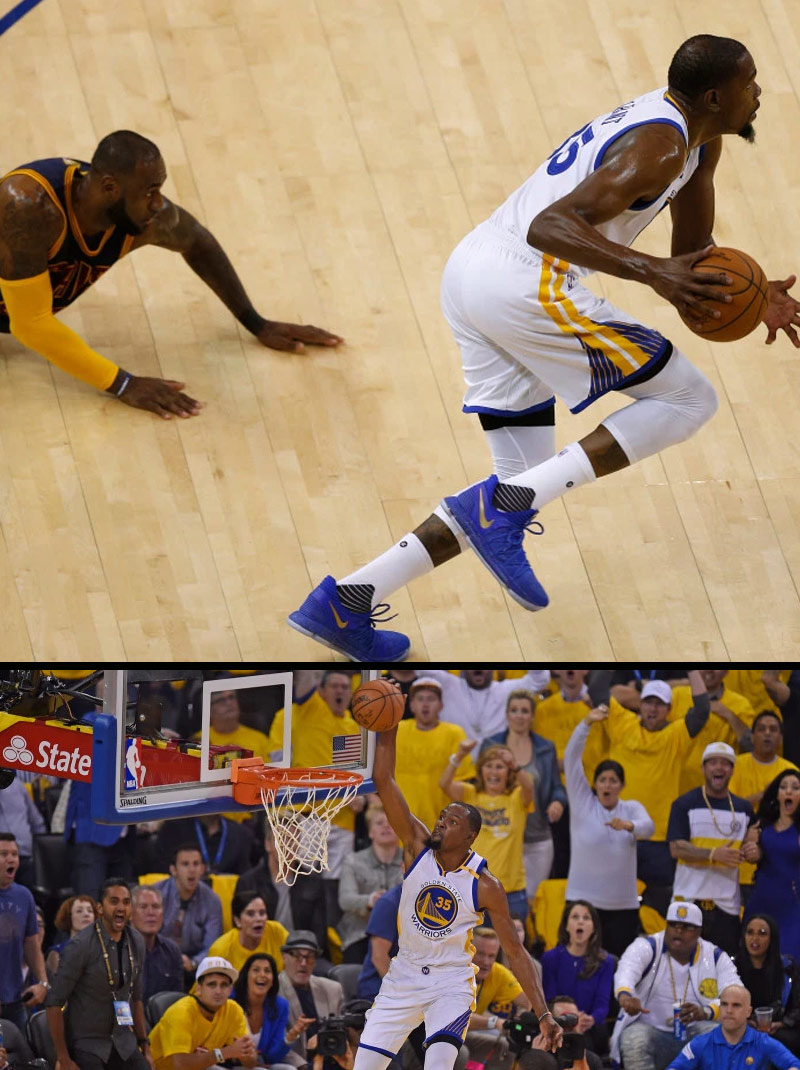 And one more photo (credit to the photographer) 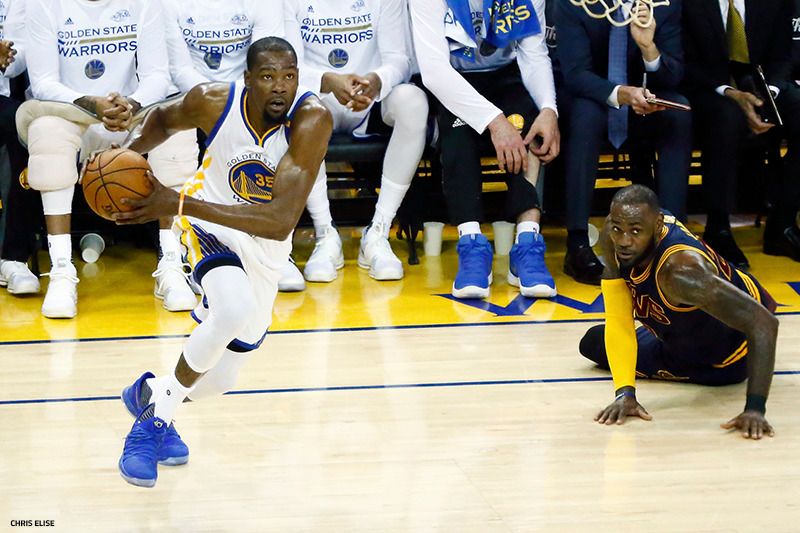 I’m not sure how the NBA can say this wasn’t one of the TOP dunks when they put in every other wide-open dunk by Durant.

But shout out to The Score for mixing the footage of the dunk with one of my favorite M. Knight “Big 76ers fan” Shyamalanadingdong films.