Shout out to NBATV for creating a great piece on the greatest dunker of all-time: Vince Carter. Shout out to Steve Smith for asking questions we haven’t heard in every other Vince Carter interview. And a big special shout out to Mixmaker legend Max Frishberg aka MaxaMillion711 for uploading this video and spreading Vinsanity over the internet for the past 10+ years.

Me and Max have been trading VHS tapes, DVDs and clips of Vince since the early 00s, when I was running the most popular Vince Carter site on the internet (the GotVinsanity story) and getting lawsuit threats from the IOC for leaking Vince Carter’s infamous Olympic dunk over Fred Weiss (here’s that story). Every time I have a question about a certain Vince Carter highlight, Max is the man to call. Need a top 10 alley-oops of Vince from a certain season? Call Max! Need a top 10 dunks by Vince on Eastern Conference centers while playing for the Nets? Call Max! You get the point (and hopefully the Goodfellas reference).

So enjoy this great interview and hopefully, we will be following it up with our own sit-down interview with Vince in the very near future. 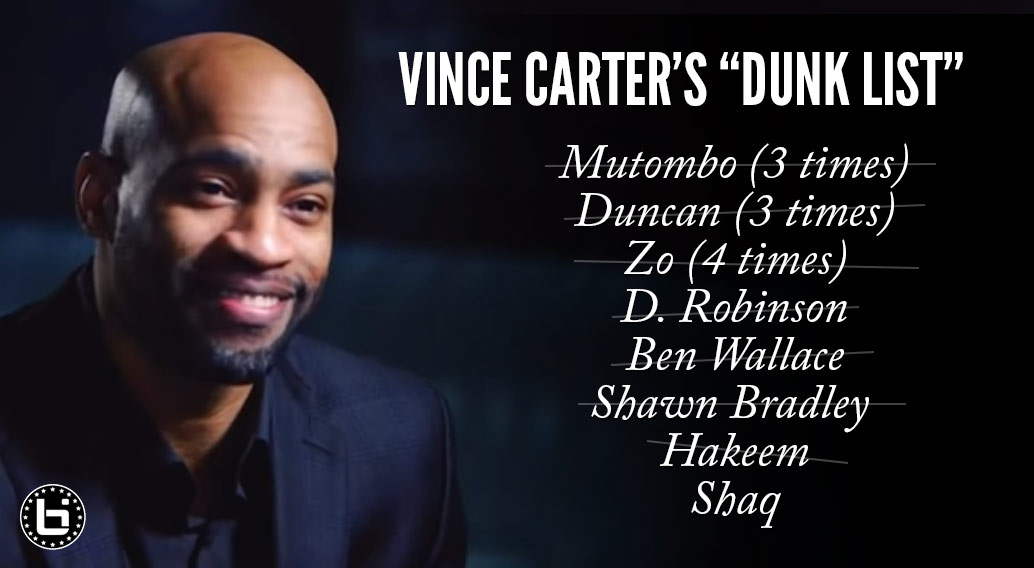 LEBRON SAYS VINCE IS A HALL OF FAMER

THE ART OF DUNKING