If you are a child of the 90s and loved basketball, there’s a good chance you loved T-NBC on Saturday mornings in the mid to late 90s, when they had shows like “Saved By The Bell (even though it was The New Class),” “City Guys,” “Inside Stuff” and “Hang Time” aka the hoop version of “Saved By The Bell.”

If you were a fellow fan of “Hang Time” like me, then you probably had a crush on Julie Conner (actress Danielle Deutscher actually married co-star Jay Hernandez in real life),  hated when Coach Fuller (the underrated former instant offense NBA player Reggie Theus) was replaced by Coach Katowinski (NFL’s Dick Butkus),  was happy when Teddy (popular actor Anthony Anderson’s first TV role) joined the show and loved the NBA guests. Some of the special guests included Shareef Abdur-Rahim, Alonzo Mourning, Juwan Howard, Cedric Ceballos, Grant Hill and the Big Dog Glenn Robinson. But the most memorable guest came during the 3rd season, when an 18-year old NBA rookie by the name of Kobe Bryant, made an appearance, while wearing some Adidas Crazy 8s, in an episode about gambling called “The Hustlers.”

People love to pick on Shaq’s acting in Kazaam and Steel, which came out the same year as this show, but Kobe Bryant wasn’t exactly Marlon Brando in this or during his acting debut on a 1996 episode of UPN’s “Moesha.”

The star of “Moesha” was played by R&B singer and Bryant’s real life high school prom date, Brandy Norwood. In the show, Bryant played a highly-recruited basketball player by the name of Terry Hightower, who scored a 1230 on his SAT and is going to Temple; This sounds like a real stretch considering Bryant in real life had a high SAT score (1030) and used to practice at Temple with friend and Laker teammate Eddie Jones.

Regardless of how amateur his acting skills were on “Moesha” and “Hang Time,” he (along with Allen Iverson) was still offered the leading role of Jesus Shuttlesworth in the Spike Lee joint, “He Got Game” and made other appearances on shows, like 1998’s “All That.”

In 1998, he also made his promising rapping debut on Brian McKnight’s “Hold Me” and started working on his buried album K.O.B.E.

Back to “Hang Time,” how did Kobe end up on this show?

During a 2015 appearance on Jimmy Kimmel Live, Anthony Anderson told an amusing story about introducing Kobe to the producers of the show and how the producers had to go through Kobe’s Mom to make the deal happen. Besides acting next to the future NBA great, Anderson also ended up with those Adidas shoes, signed, and has them displayed in his office.

Anderson also got to tell this story during an interview with Katie Nolan on “Garbage Time.” Nothing new was added to the story but Nolan is really cute so if you prefer her over the sight of Jimmy Kimmel then it’s worth a minute of your time.

The last thing worth mentioning about the show is how good Rush Street Reggie Theus was. Before a guy named Michael Jordan joined the Bulls, Theus was a 2 x All-Star putting up 20+ a game. He spent his next few seasons generating some impressive numbers in Sacramento before bouncing around with a few teams at the end of his NBA career. He’s currently the head coach at CSUN but to me, he’s always going to be most remembered as Coach Fuller and the guy who got Kobe Bryant to teach his players why they shouldn’t gamble. 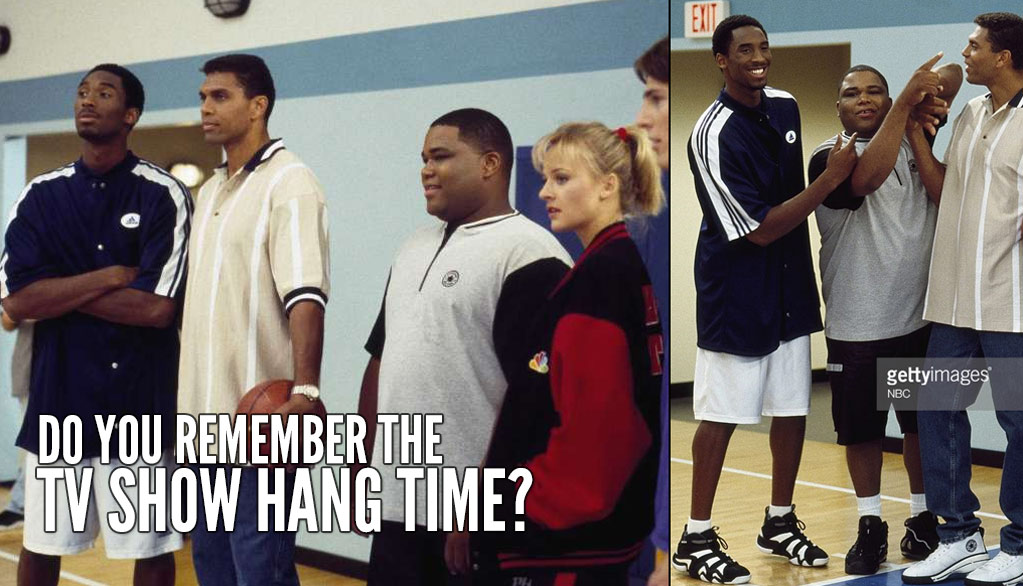