Nerlens Noel had to hit the showers a little early on Saturday night against the Magic after losing his cool in the 3rd quarter and “swinging” at Jason Smith after taking an elbow from the instigating Smith.

“It was explained to me that Jason hit him in the stomach, they called the offensive foul, and then Nerlens retaliated with an elbow to his head,” Sixers coach Brett Brown said. “I’ll look at the tape and make a comment after that. If that is true, then the right decision was made.”

“I got hit in my ribs,” said Noel. “I tried to be as smart of a player as I could. I reacted but I pulled away, being the smart player and (knowing) my team needed me in.” 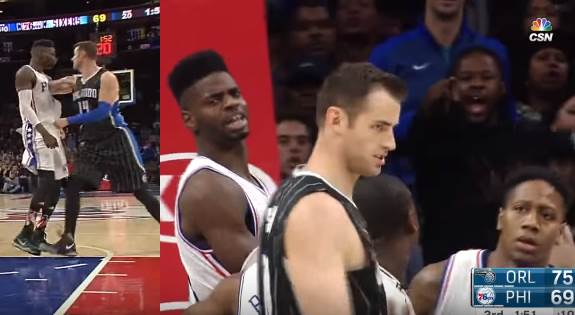