Remember the days when Jason Richardson would throw down a windmill or a 360 when he was free for a breakaway dunk? Well, those days are gone but it’s still great to see JRich back on the court last night after a Nerlens Noel block he made just as exciting of a play when he passed on an easy 2 and threw an off the glass oop to Robert Covington who threw down the dunk.

Noel only had 2 blocks in this game before fouling out but I can’t stop gushing about Noel and what he’s been doing on the offensive and defensive end in the past couple of weeks.  Along with those 2 blocks he had a steal, 17 points and 7 boards in 30 minutes. 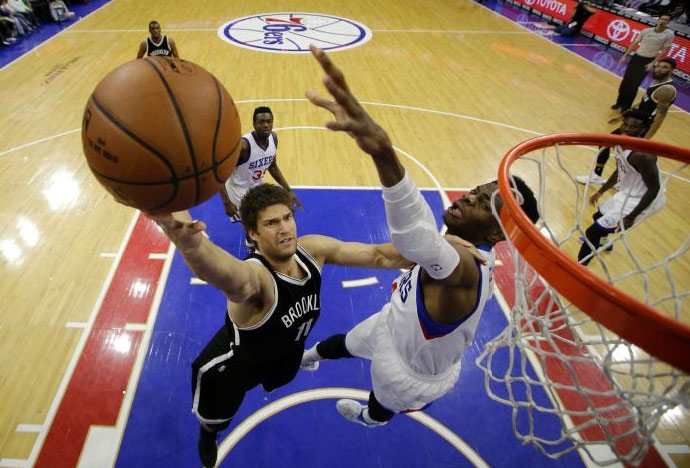