Back in 2008, LeBron’s business manager Maverick Carter had a meeting with music mogul Jimmy Iovine.  Jimmy showed Maverick an early version of the Beats headphones that impressed him so much that he said “let me get 15 pair and watch what I do with them.”  What he did with them was give them to LeBron James who gave them to his 2008 Olympic teammates heading to China. Then later to his Cavs teammates.  Then later to his Miami Heat teammates for Christmas.

A year after the initial meeting, Iovine served as a producer for James’ documentary “More Than a Game” and gave the Cavs superstar his own signature line of Beats called PowerBeats.  Four years later, the Beats  now owns 50% of the billion dollar market for headphones, LeBron is competing for his second championship and Dr Dre’s Detox is still not (and never will come) out.

Shameless plug coming. If you can appreciate quality headphones but can’t afford the premier Beats headphones then check out our Ballislife line of headphones. 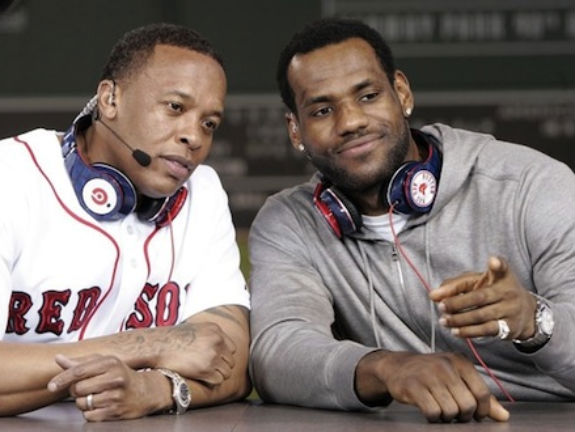