There are a few extra pounds in the belly area but former high school legend, Georgia Tech great and NBA All-Star Kenny Anderson can still ball at the age of 45 (assuming nothing has changed since this summer and today, which is his birthday).

It’s been a decade since he last suited up for a NBA team, a little over two decades since I was watching his mixtapes on VHS tapes like NBA Superstars 3 (Stay Real w/ Eric Sermon!) and Below The Rim, and 25 years since he was considered the no. 1 player in the country — over Shaq! During his high school days at Archbishop Molloy, he was also the first three-time Parade All-American since Kareem Abdul-Jabbar, and as a senior, he was given the Player of the Year award from just about every organization giving out an award.

Since this was also decades before Ballislife existed and high school footage was easy to come by, I didn’t have the pleasure of seeing Kenny and his much talked about handles until he became a Yellow Jacket. To be specific, the exact day I saw and became a fan of Kenny was the day after he “embarrassed” Duke’s Bobby Hurley.

His pro career had its ups and downs and it seems as if his off the court life has had its share of bumps too. All of that will be covered in his upcoming documentary called Mr. Chibbs.

But for today, I’m just going to celebrate Kenny being 45 years young by watching some of his best highlights from the past 25 years. 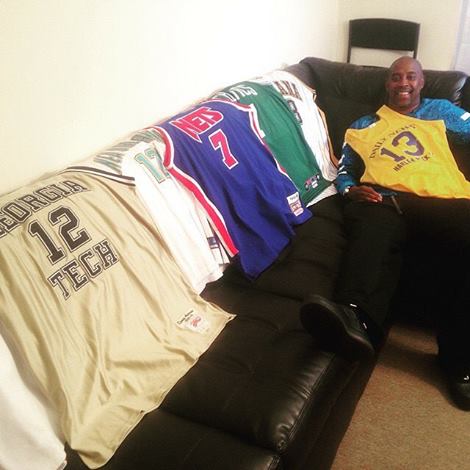