Who would have thought Nick Young would know the lyrics to Whitesnake’s “Here I go Again.”  I’m not stereotyping but the hair metal hit was 3 years old when Nick was born. But the always entertaining and full of surprises Swaggy P performed the 80’s hit during a Lip Sync Battle with his fiancee Iggy Azalea on the Spike TV show “Lip Sync Battle.”

As amusing as it was watching Nick do his best impression of David Coverdale, watching Iggy get REAL FREAKY while doing the 90’s R&B hit “Freak Me” by Silk was a lot more pleasing…at least to my eyes.

She was trying to tease me lol https://t.co/B9PLsiKCAn

For those who are old enough to remember seeing the video “Here I Go Again” in the 80’s, I’m sure you remember getting pretty excited about Tawny Kitaen the way LL got excited about Iggy’s performance. 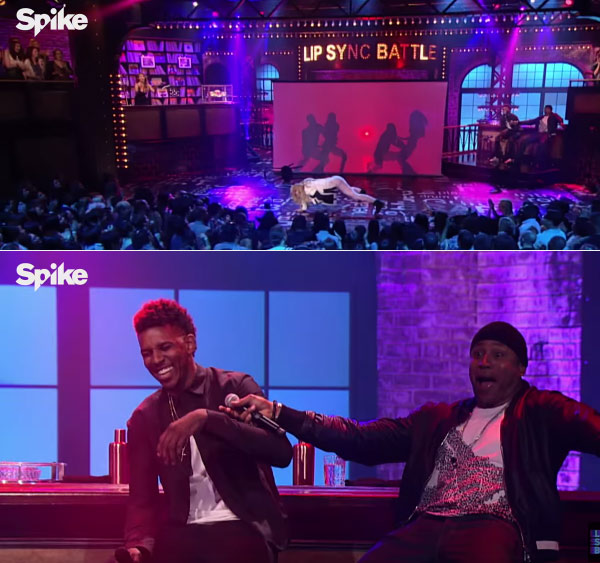