Down by one against the Thunder with eight seconds left in regulation, Brandon Ingram threw a pass to Lou Williams, which was intercepted by Nick Young, who took a couple extra steps, drained a go-ahead 3-pointer and then payed homage to the resting D’Angelo Russell by doing the “ice in my veins” celebration.

“I think it’s absolute BS he doesn’t get a steal in the stat sheet, because he stole that pass.” Said a joking coach Luke Walton, when asked if the play was for Nick Young. “I told him, ‘if you are going to steal a pass, you better make the shot.”

Young, who finished with 17 points and four 3-pointers, including a 3-point buzzer beater before half-time, admitted he did steal the pass and deserved some stat padding.

“The play was designed to … someone else,” Young said with his trademark smile. “Yeah, I think they should have given me a steal for that.”

That “someone else” also joked about Swaggy P’s game-winner.

“If he missed the shot, the narrative would have been different,” Williams said. “He’s never serious, but he made a big shot, apologized and we’re going to move on.”

The Lakers are moving on and moving on up with their 8-7 record, good enough to be 7th in the West – right between the Thunder and Blazers. 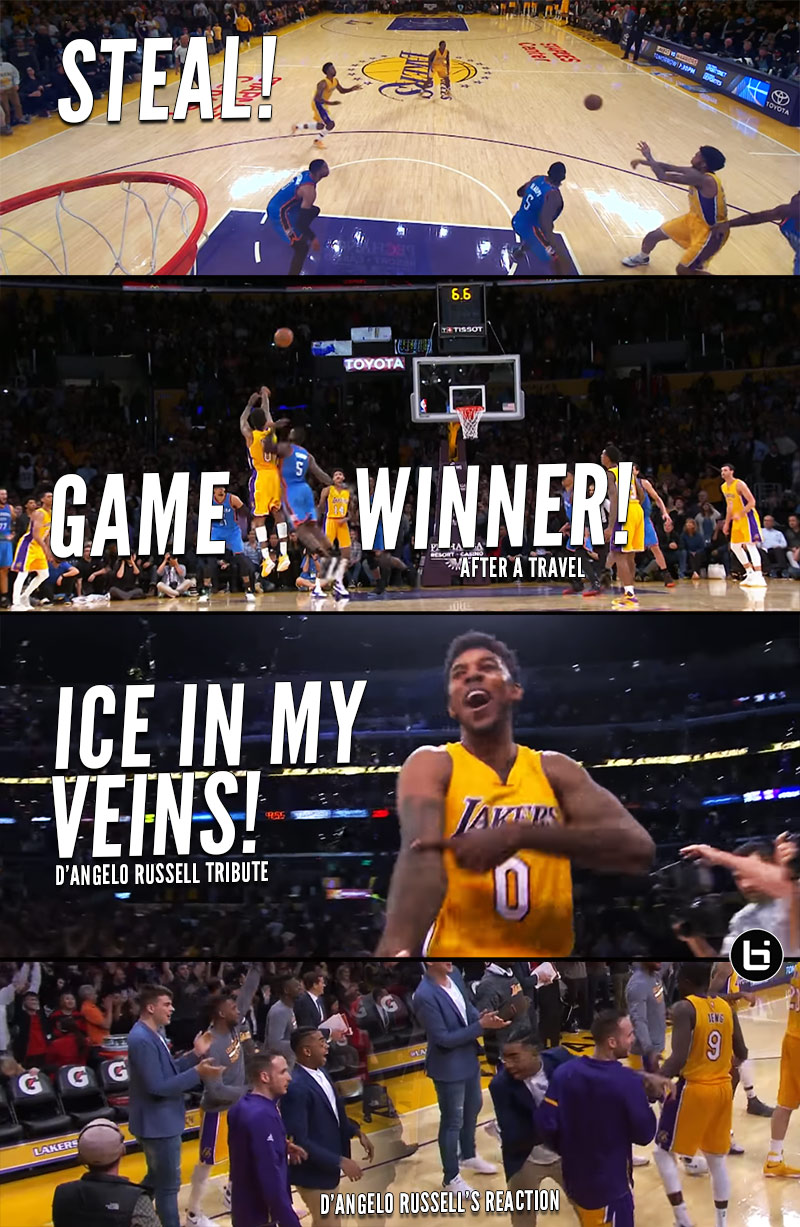