Former Golden State Warrior and NBA All-Star Gilbert Arenas might be the worst house guest and babysitter in the world but he’s still Nick Young’s friend. And on Saturday, Young honored his friend and former Wizard’s teammate by wearing his 2007 Black President Adidas kicks in his Warriors debut. 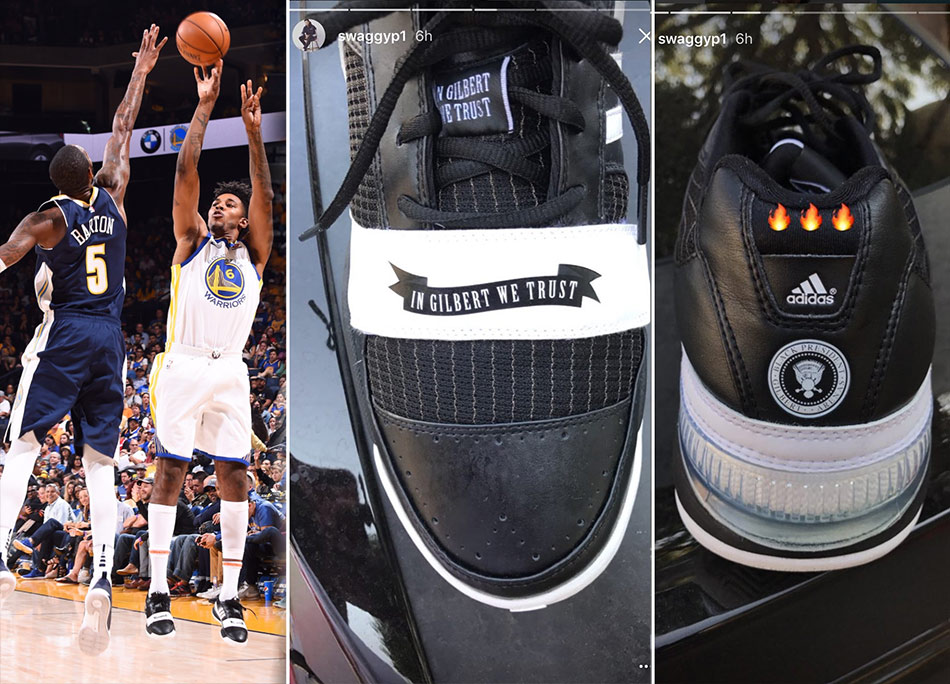 The best thing about Swaggy P wearing the Adidas kicks is it gives me an excuse to bring out this awesome commercial. Agent Zero for President!