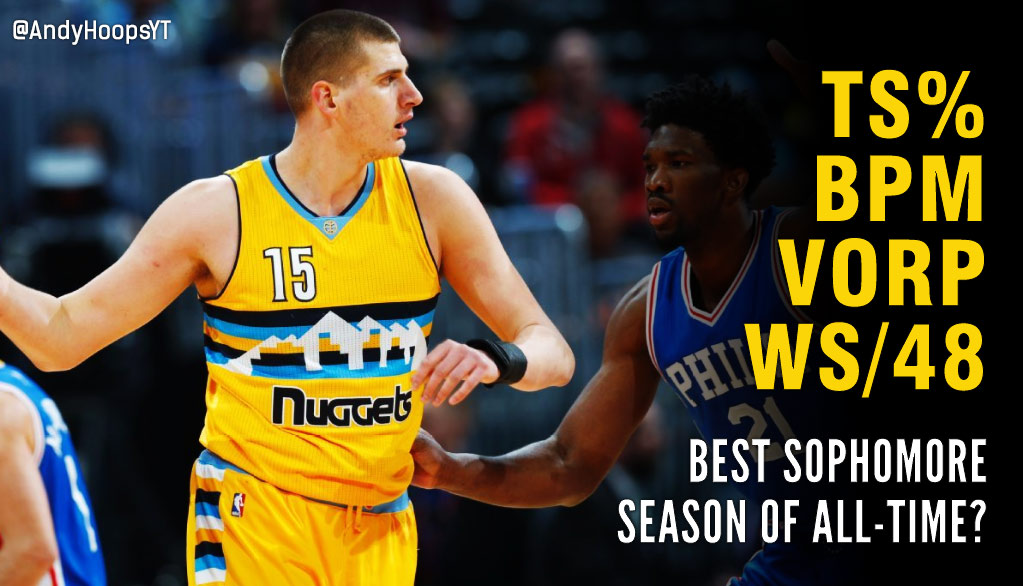 The Nuggets second round pick Nikola Jokic had one of the best sophomore seasons in recent memory. In January, he was good for 22 points, 10 boards, 5 dimes while shooting 63% and playing less than 30 minutes a game. The big man racked up six triple-doubles and five of them came during a 20 game stretch. To put those numbers in perspective, Shaq, Hakeem Olajuwon, Patrick Ewing, Alonzo Mourning, Dwight Howard and Dikembe Mutombo have never racked up five triple-doubles in a season.

Besides becoming a favorite among fantasy basketball owners, Jokic also became a fan favorite for his passing ability, which was impressive enough for many critics to ask if he was the best passing big man in the NBA. Below is an eight minute video of just his passes from his sophomore season to help you decide on an answer. Before we get to that video, we have one from YouTuber Any Hoops who looks deeper into Jokic’s second-year stats and asks, “How good is Nikola Jokic really” and if his advanced stats makes his sophomore season the best ever.

And before we get into that video, I have to mention Kareem Abdul-Jabbar won MVP and averaged a league-leading 32 points to go with 16 board during his sophomore season. I don’t care what advanced stats says, Kareem gets my vote for best sophomore season ever. Honorable mention goes to Shaquille O’Neal for averaging 29.3 points (lost the scoring title on the final day of the season) on a league-leading 60% shooting, placing second in rebounds (to Dennis Rodman’s ridiculous 17.3) and racking up enough MVP votes to finish fourth during his dominant second season.