In the 3rd quarter of the Magic/Cavs game, Victor Oladipo went for a slam over LeBron, got hit on the arm by LeBron, lost the ball in mid-air for a split-second, recovered and still threw it down “on/over/by/whatever” LeBron. The game was now tied at 62 and the Orlando crowd was going crazy, but they were cheated. By the refs not calling the foul, they not only cheated the Magic out of a possible extra point that would have given them a 1-point lead but they were cheated out of a minute to celebrate Oladipo’s dunk as action stops and replays were played over their heads. The odds are 99% of the crowd didn’t know LeBron slapped Oladipo on the arm but if they would have been able to see the replay in slow-mo and hear the announcer say the foul was on LeBron then it would have been a whole new experience.

But I’m not sure an extra point and a little extra momentum would have meant a different result in the end.  The Magic had a 75-71 lead going into the final quarter aka the quarter LeBron outscored the entire Orlando Magic team 15-14. But you can blame Tobias Harris for that. In the 3rd quarter Harris and LeBron got into some trash talking and LeBron said that got him pumped up.

“The words (Harris) said got me going,” James said. “I was actually in chill mode tonight, but chill mode was deactivated after he said that.” 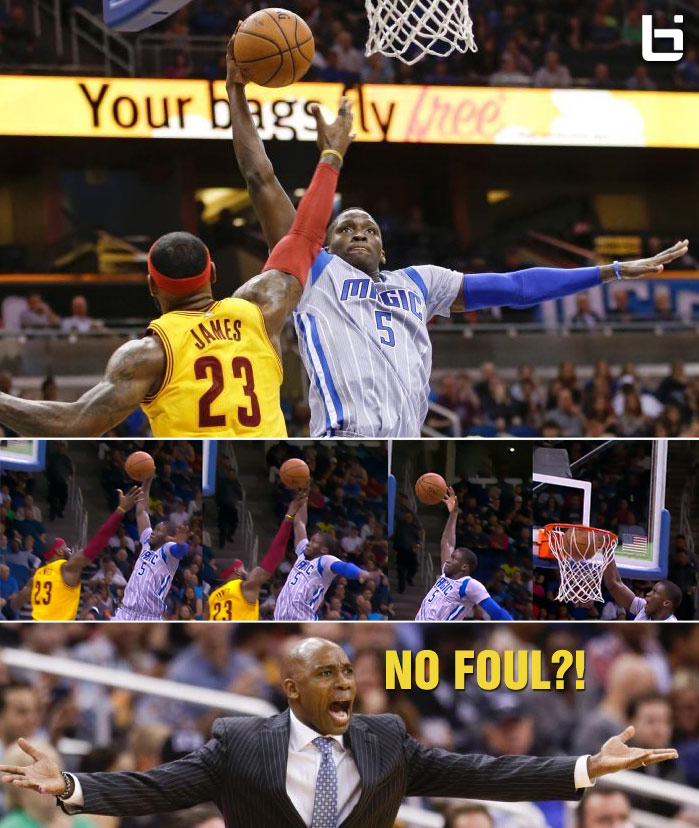