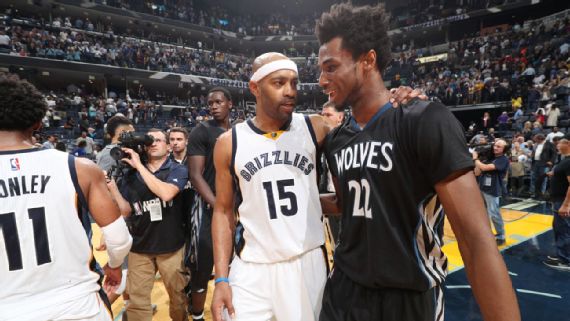 Andrew Wiggins had 23 points going into the fourth quarter of the season opener for the Memphis Grizzlies and Minnesota Timberwolves.  He only managed to get off two shots and score two points in the final quarter of the Wolves’ loss and those came off of two meaningless free throws with less than two seconds in the game. Grizzlies’ fans can thank the oldest player in the league – Vince Carter at the age of 39 years and 274 days – for the 4th quarter shutdown.

“I was just trying to be in position, contest and be physical,” said Carter, who admitted he was mad when Wiggins hit the meaningless free throws because he wanted the individual fourth-quarter shutout.

“I know he jumps a little higher than me now and is a little quicker. It’s just, for me, understanding the game plan and making it tough.

“He’s going to hit tough shots. We saw that early in the game. I just sat there and watched and figured out how I can play him and make it tough. It worked out for us.”

Carter, who currently ranks 6th all-time on made 3-point goals and 24th all-time (4th among active players) on the NBA all-time scoring list also shared his thoughts about taking a back seat but coming through on the offensive end too.

“I’m at a point that I have nothing to prove offensively, but at the same time, I know what I can do offensively,” Carter said. “When they need me and the situation calls for it, I’ll knock down shots.”

Canadian born Andrew Wiggins was just three years old when the Toronto Raptors drafted Vince “Air Canada” Carter and just a few days past his 5th birthday when Vince Carter became a household name by winning the 2000 NBA dunk contest. Like all kids in Canada, Wiggins grew up wanting to be like Vince like kids in the US grew up in the 90s wanting to be like Mike.

“He was the man.” Said Wiggins in an interview during the 2016 All-Star game in Toronto. “Air Canada. I went to a lot of Raptors games with my dad. Even though Vince Carter wasn’t from Canada, he still played here and everywhere kids just want to dunk like him, want to play like him.”

Like Vince, Wiggins became the man and became one of the best and most exciting players in high school; Like Vince, they both considered Florida State (where I and Andrew Wiggins’ father attended!) and chose other schools (North Carolina and Kansas); Like Vince, Wiggins, a #1 pick in the 2014 NBA draft, shined as a rookie and won the rookie of the year award. 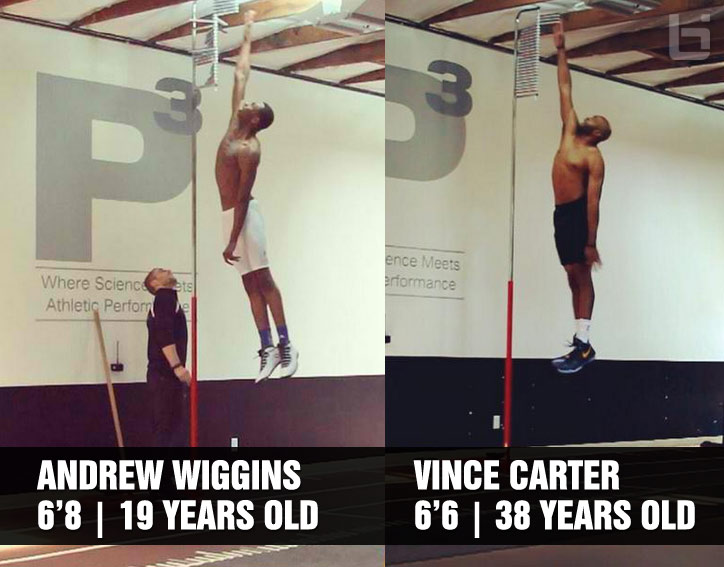 Vince, at age 38, might have had more hops than Wiggins, and definitely had more hops when he was 28 and 18, but could Vince do this…

As close as Wiggins came, I don’t think he can pull it off and I never believed Vince could pull off a 720 dunk either, but, he supposedly told Shaq he could…