During the first day of the Rockets’ practice, Patrick Beverley and James Harden went at in a trash-talking 3-point shoot contest which was won by last year’s league leader in points scored.

On Day 2, the two went at it again and in this amusing clip from one of the OG hoop websites – Clutchfans.net – it seems like Harden once again came away with the victory as Beverly says “you can turn the cameras off now” once Harden started to heat up.

This was also the last time you will probably see James wearing Nike shoes since it was the last day of his Nike contract.  To remind James that he was an Adidas man on October 1st, Adidas sent over a truckload of sneakers to his house. 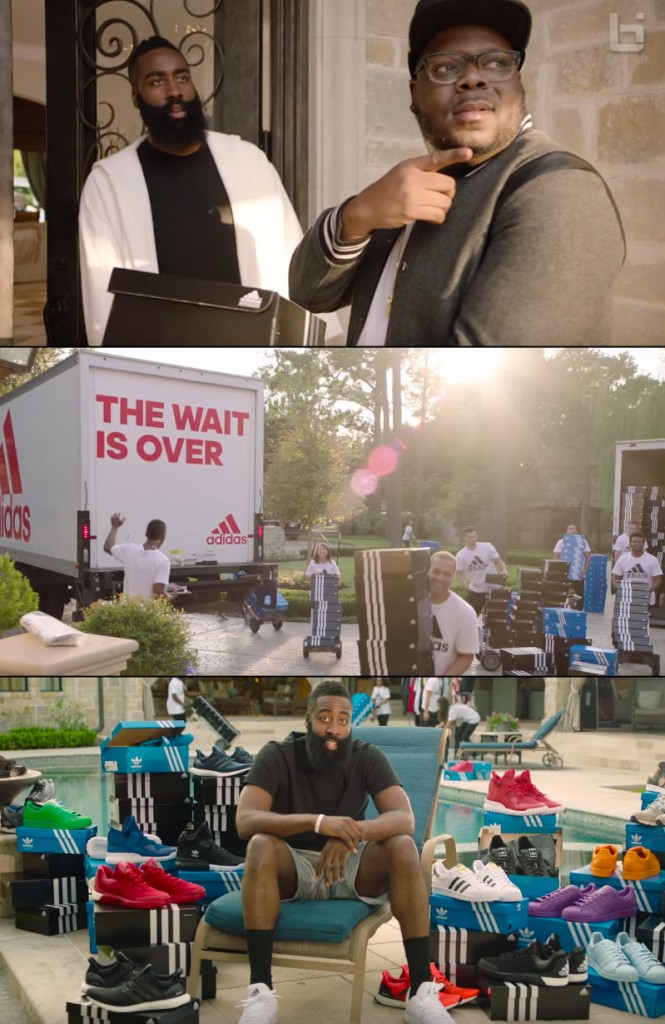