On this date in history, June 18th of 1985, the New York Knicks made the very, very easy decision of selecting Georgetown great Patrick Ewing with the No. 1 pick in the very, very controversial 1985 NBA Draft.

Just in case they pull down the clip between the time we post this blog and the time you read this, here’s what happens: when an accountant from Ernst & Whinney throws the seven envelopes into the glass drum, he bangs the fourth one against the side of the drum to create a creased corner (we’ll explain why this is relevant in a second). Then he pulls a handle and turns the drum around a couple of times to “mix” the envelopes up. At the 5:23 mark of the clip, Stern heads over to the drum, unlocks it and awkwardly reaches inside for the first envelope (the No. 1 pick). He grabs three envelopes that are bunched together, pretends not to look (although he does) and flips the three envelopes so the one on the bottom ends up in his hand. Then he pulls that envelope out at the 5:32 mark … and, of course, it’s the Knicks envelope.

A reader named Greg K. from Fair Lawn, N.J. (I’d give you his whole name, but I don’t want him to be randomly found dead in his bathtub tonight), pointed this out to me: If you look closely right at the 5:31 mark, right as the commish yanks that Knicks envelope out, there’s a noticeable crease in the corner of the envelope. You can see it for a split-second — as he pulls the envelope up, it’s on the corner that’s pointing toward the bottom of the jar.

There’s a giant crease! It’s right there! The same one the accountant created as he was throwing the envelopes into the drum!

So you’re telling me that, out of the seven envelopes in that glass drum, during a lottery when the NBA desperately needed the most ballyhooed college center in 15 years to save the league’s marquee franchise, the commissioner coincidentally pulled out the envelope with a giant crease in the corner that happened to have the Knicks logo in it? This is the Zapruder film of sports tapes, isn’t it? Where’s Oliver Stone? Can we pull him out of the editing room for the “Alexander: The Really, REALLY Long Director’s Cut” DVD?

As fun as it is to believe all of this, I’m not totally sold. What I do believe, more than ever, is the 11 x All-Star who made 7 All-NBA teams and 3 All-Defensive teams has sadly become criminally underrated over time.

In 2 months, Patrick Ewing will be turning 53 and just like the day he turned 50, 40 and 30, his fingers are bare — you can thank mainly Michael Jordan for that. He also doesn’t have as many All-NBA 1st team awards that critics would like to see, but you can thank Kareem, Moses Malone, Hakeem, David Robinson and Shaq for that.

What Patrick Ewing did have was a monster game that would dominate today’s NBA and make you laugh at the thought that a player like Dwight Howard could be considered the best center in the league.  His offensive game, which included the best jump shot among the rest of the centers in the league, was superior to any center in the past few years and his defense was as underrated as his current rankings among big man greats.

I could create a very long list of exceptional games and big stat lines by Ewing to backup my praises, but stats don’t tell the whole story. But for those who do want to see some stats, here are a few impressive games from his 1989/90 season.

Now just imagine if the Knicks didn’t end up with the No. 1 pick and ended up with big man Benoit Benjamin (#3 pick of the Clippers) or Jon Koncak (#5 pick of the Hawks) instead. New York fans would have been crying like Shaq in the following video, but thanks to David Stern…I mean luck, they got the #1 pick and was able to draft one of the 50 greatest players of all-time. .. 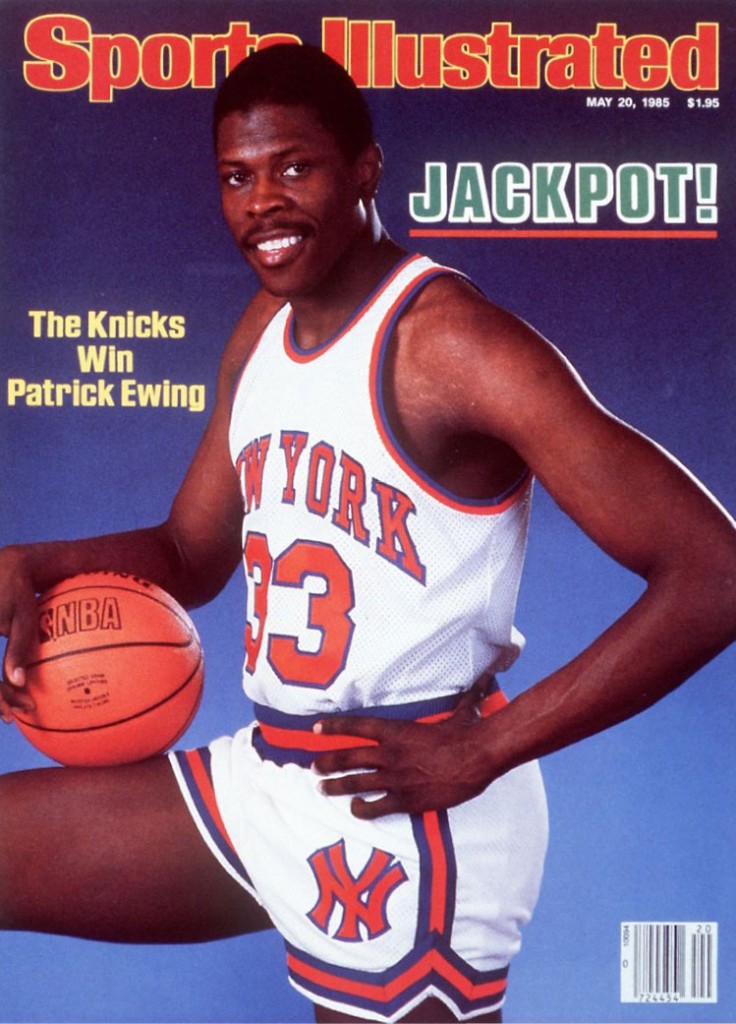