Paul George only played 12 minutes in the Pacers’ win against the Pistons but still put up 13 points on 4 of 6 shooting. He also had us saying “Welcome Back” when he threw down an alley-oop dunk and went 1-on-1 with rookie Stanley Johnson and hit a jumper before the end of the first quarter.

Stanley also had us saying “Welcome to the league” when he and PG13 went back and forth at each other in the first quarter.  His best highlight in the first came when he lost George, went baseline and threw down a reverse dunk Myles Turner unsuccessfully tried to block.

Johnson finished the game with 16 points and 6 rebounds but was just 5 of 15 from the field. 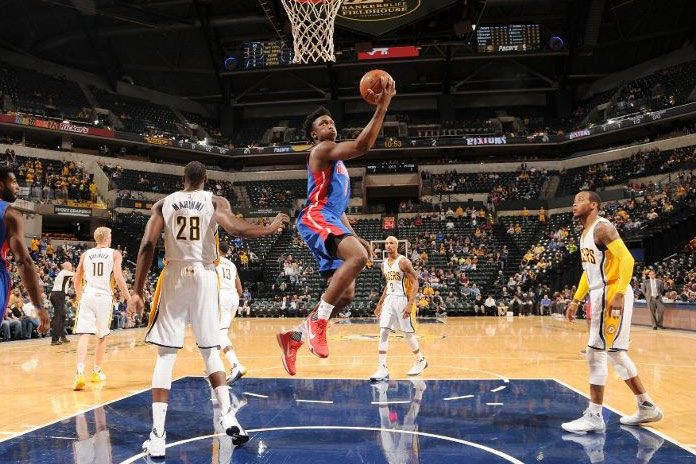