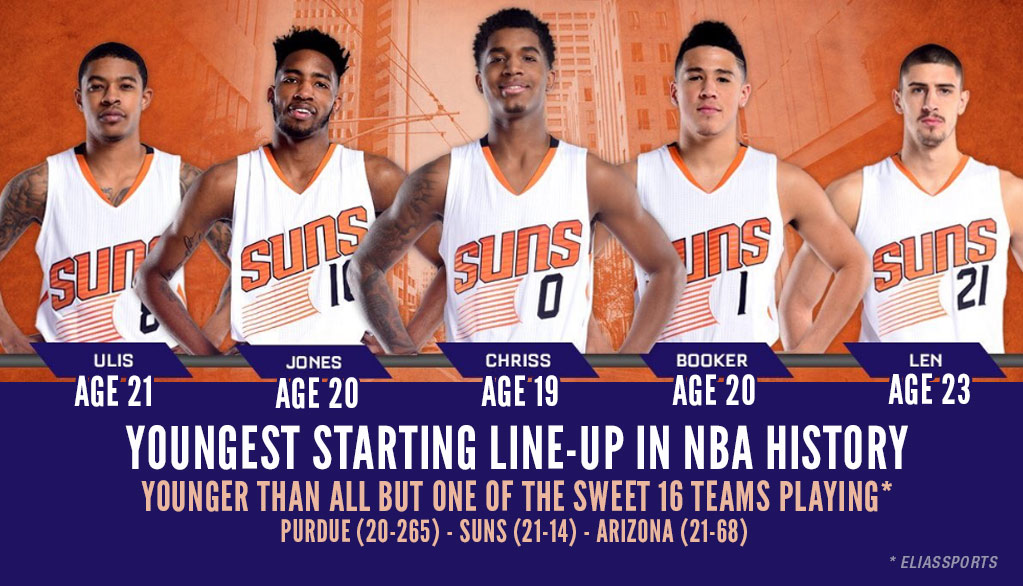 On Thursday, the Phoenix Suns started the game with the youngest starting line-up in NBA history: Marquese Chriss (19), Derrick Jones Jr (20), Devin Booker (20), Tyler Ulis (21) and old a$$ Alex Len (23). The line-up, with an average age of 21 years and 14 days, was younger than all but one (Purdue) of the Sweet 16 teams playing aaaaaaaaannnd bad enough to lose to the Nets by 28. But, the line-up starring three former Ballislife All-Americans did start the game on fire and outscored the Nets 32-22 in the first quarter. The problem is they scored a total of 33 points in the next two quarters. And they had no answer for the Nets bench, which scored a season-high 81 points and was highlighted by a season-high 16 from KJ McDaniels (good to see him finally getting some minutes).

Booker led the Suns in scoring with 28 and Baby Amare, Chriss, had another standout performance with 23 points, 11 boards, 3 threes, 2 steals, 1 block and 1 Shawn Kemp impersonation over Quincy Acy.

If 19-year old rookie Dragan Bender was healthy and started in place of 23-year old Alex Len, the average age of the Suns’ starting line-up would have been 20 years and 63 days, which would make them younger than any team in the Sweet 16. 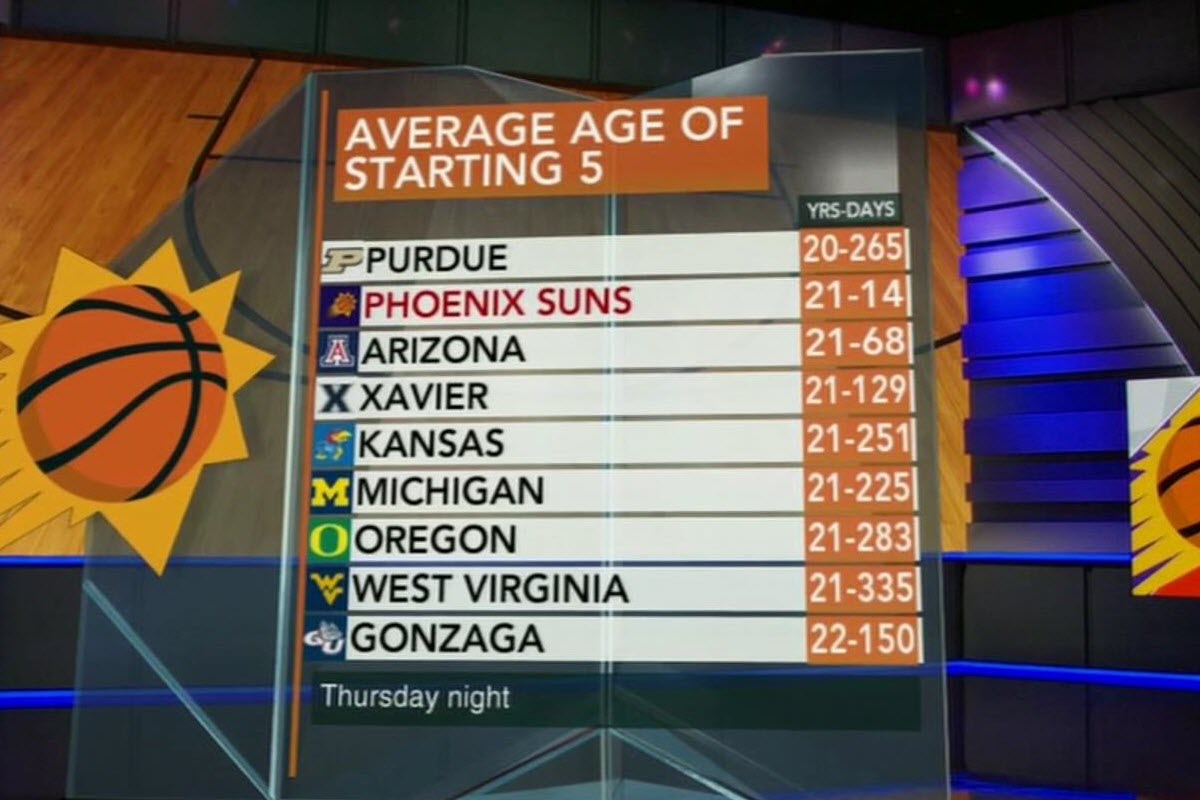