Coach Popovich told his players not to play defense! Wait…Coach Pop DID WHAT?! Yes, the Spurs coach told his players to allow Trey Burke to get to the rim. The reason why was because NBA legend Dikembe Mutombo was waiting so he could show that even at 49 “man does not fly in the house of Mutombo.”  Unfortunately, Burke didn’t take the bait and we didn’t get the block and trademark finger wag.

“So many of these young players don’t want to see themselves on YouTube,” said Mutombo after coming out retirement and playing in the first NBA Africa game. “so they run away.”

Mutombo finished with 3 rebounds and 1 steal in 3 minutes of play. 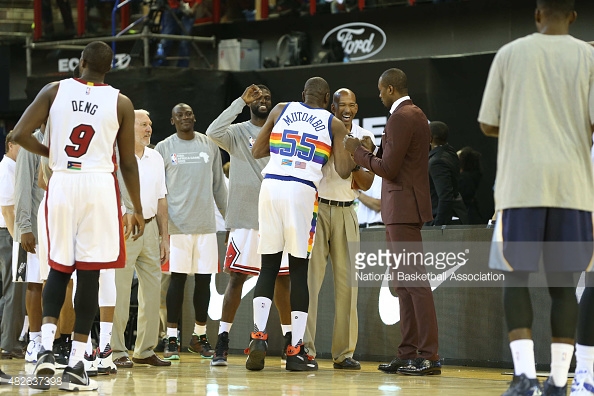 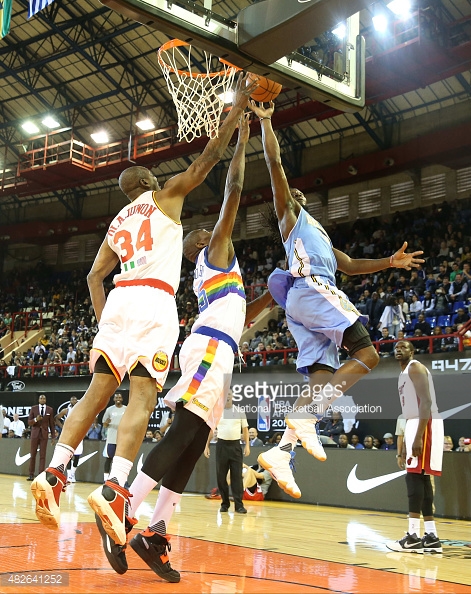 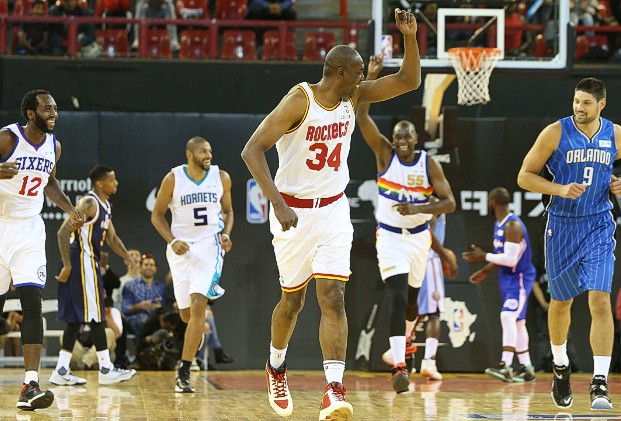