Video or it didn’t happen, right?

Conspiracy theorist will tell you the late great Wilt Chamberlain never scored 100 points on the night of March 2nd of 1962. Why? Because there’s no video proof. Those same people probably believe the moon landing was fake and the footage we saw was just the work of Stanley Kubrick. Those same people also probably believe Tupac and Elvis were around for the 9/11 conspiracies. Personally, I believe any and everything about Wilt with the exception of his claim to have slept with over 20,000 women. And I definitely believe 57 years ago today, he scored an NBA record 100 points in a 169-147 win over the New York Knicks.

Why? Because we have this old boxscore as proof? 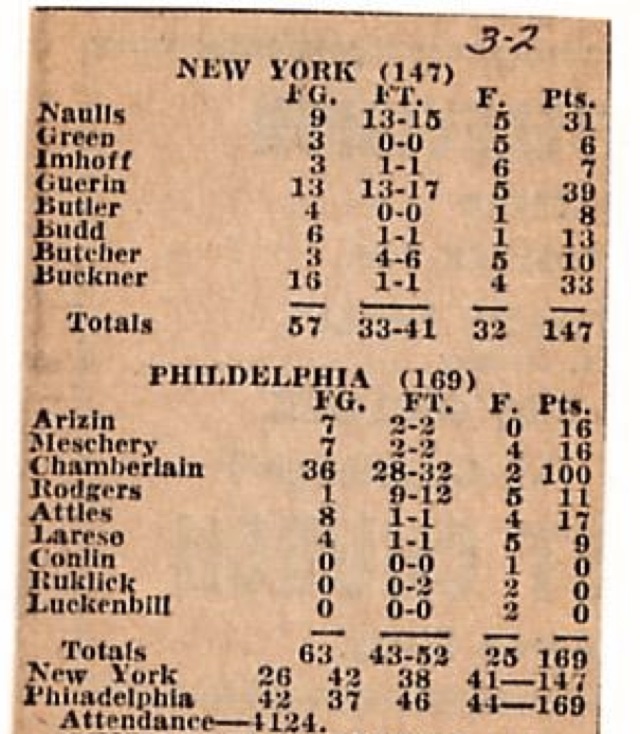 A boxscore that says Wilt made 36-of-63 field goals and 28-of-32 free throws, while only committing two fouls (Wilt has never fouled out of a game)!

Why? Because the keeper of all things Wilt — YouTube channel Wilt Chamberlain Archives —  posted the audio from the 4th quarter of this game?

Why? Because there’s a 48-minute documentary about the game and many of the other players in the game talked about the performance on record?

And what I think is really crazy about Wilt’s ridiculous game from his even more ridiculous 1962 season, is people never talk about what he did during that week. The 76ers played four games in five nights and Wilt scored 67, 65, 61 and 100 during those games. He then followed up the 100 with 58. He also had 78 and 73 earlier in the season. Does 100 really sound that impossible?

So, sorry conspiracy theorist who would like to believe Wilt never scored 100 and Kyrie Irving is correct about the earth being flat. It happened, even though we don’t have video proof. And it will never happen again…well, there is one person who believes it will and if you go to the 1:20 mark of the following video, you won’t be surprised to find out who. 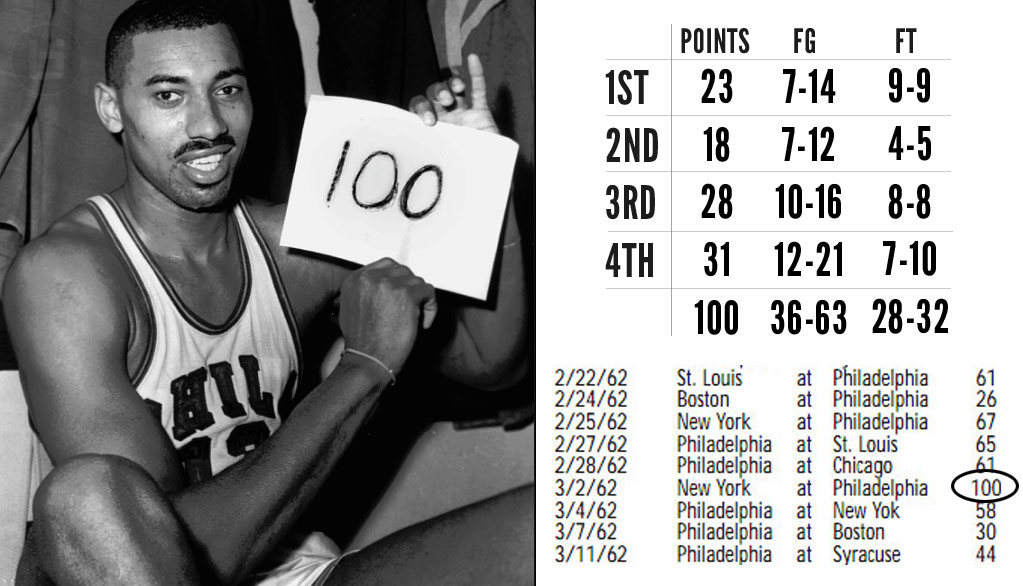 Wilt has also scored 70+ six times in his career!