Lauren was diagnosed with a brain tumor a year and a half ago and was told that she probably had less than 2 years to live. While most people would fade away in her circumstances, Lauren became bigger than life and inspired many others to make the most out of their lives. She also started a non-profit foundation that helped raise more than $1.5 million for cancer research.

“I’m spreading awareness and also teaching people how to live in the moment because the next moment’s not promised,” Hill told the AP after one of her team’s 6 a.m. practices. “Anything can happen at any given moment. What matters is right now.”

Hill obviously wasn’t able to accomplish the endless things she had the potential of doing but she’s done more in short lifetime than most will do and she also got to achieve her goal of scoring a college basket which is a moment we will all remember.

The NCAA agreed to let Mount St. Joseph move up its opening game against Hiram College by two weeks because Hill’s condition was deteriorating. Xavier University offered its 10,000-seat arena so more people could attend. Tickets sold out in less than an hour.

By the time the game came around on Nov. 2, the tumor had affected Hill’s right side so much that she had to shoot with her non-dominant hand. With Tennessee women’s coach Pat Summitt and an impressive cast of WNBA players on hand, Hill took a pass and made a left-handed layup only 17 seconds into the game.

She also made the last basket of the game, returning for a right-handed layup this time.

“It’s a dream come true,” she said. “To play on a college court, to put my foot down on the floor and hear the roar of the crowd — I just love it so much. I love basketball. 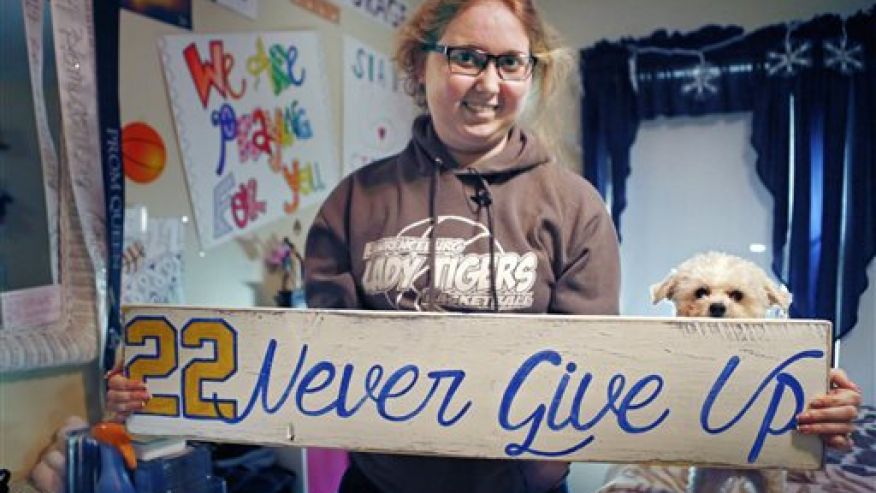 You are the true definition of strength, courage, power, leadership, etc etc! Your time spent on earth will never be forgotten. I have that I never got the chance to meet u in person but know you inspired me the whole time! For every life u touched, u made the biggest impact of them by just being YOU!! You’re in a far better place now and please don’t have too much fun up there w/o all your family and friends. Can u please tell my Grandma I said hello. Don’t be afraid, she knows you cause we spoke about u plenty of times Until we officially meet again, take care and continue to be that LEADER we all love! ‪#‎RIPLaurenHill‬ 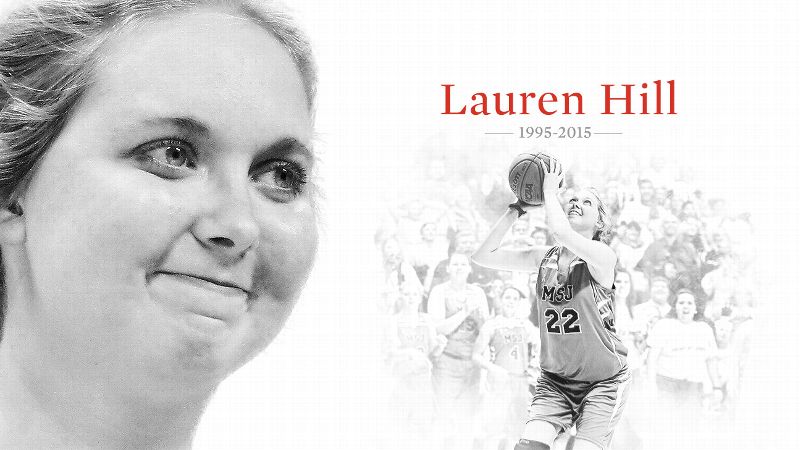