Playing for Magic Johnson in the 2017 Celebrity Crunch Classic, NBA 2KTV’s Rachel DeMita did her best impersonation of the Laker great by throwing a lob to dunk phenom Guy Dupuy the way Magic used to throw lobs to Michael Cooper. OK, maybe it wasn’t exactly a coop-a-loop but seeing pics and clips from this game made me feel real nostalgic…and old as hell.

The coaches and former Dream Team teammates Magic and Charles Barkley are both double the size they were when I had posters of them on my wall and Rachel was just two years old. Barkley’s former Suns’ teammate Dan Majerle doesn’t exactly look like the underwear model he was when women were screaming Thunder Dan in the early 90’s. And former Duke great Bobby Hurley was also there and….well, he looked old enough to be Rachel’s dad. Maybe even my dad!

With that said, they all looked like they were having a lot of fun. Majerle showed he could still shoot by knocking down five 3-pointers. Barkley showed he could still find ways to get techs by picking up one for running onto the court to celebrate a made shot from DeMita, who stole the show at last year’s game with 22 points and four threes .

24 hours after sharing a court with the greatest Laker of all-time (yes, I’m putting his name in front of Kobe and Kareem), DeMita was back in LA, on the red carpet, interviewing a few Clippers at the 2017 Sports Spectacular event . 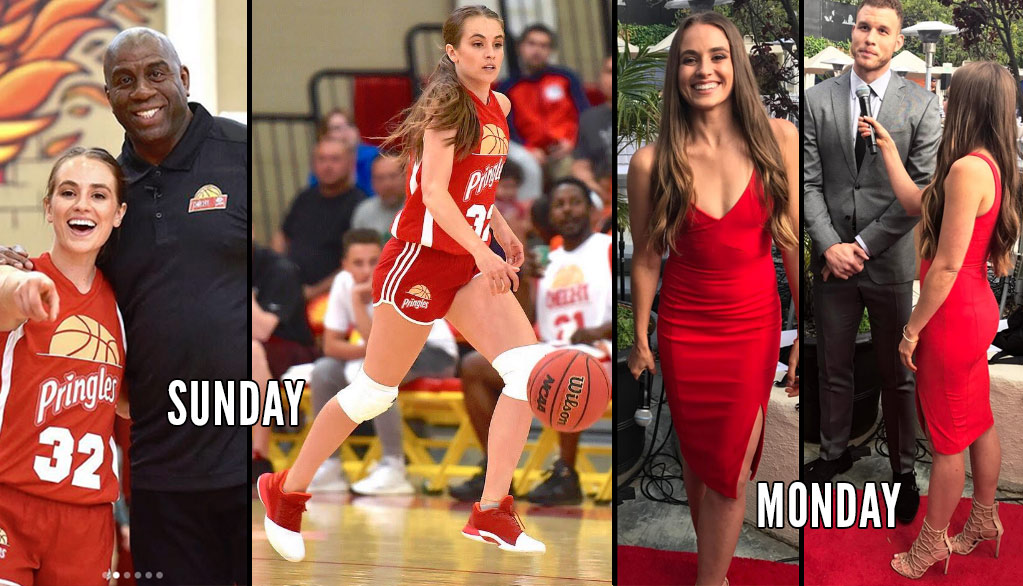 Here’s some then and now pics of Charles Barkley, Dan Majerle and Magic Johnson. 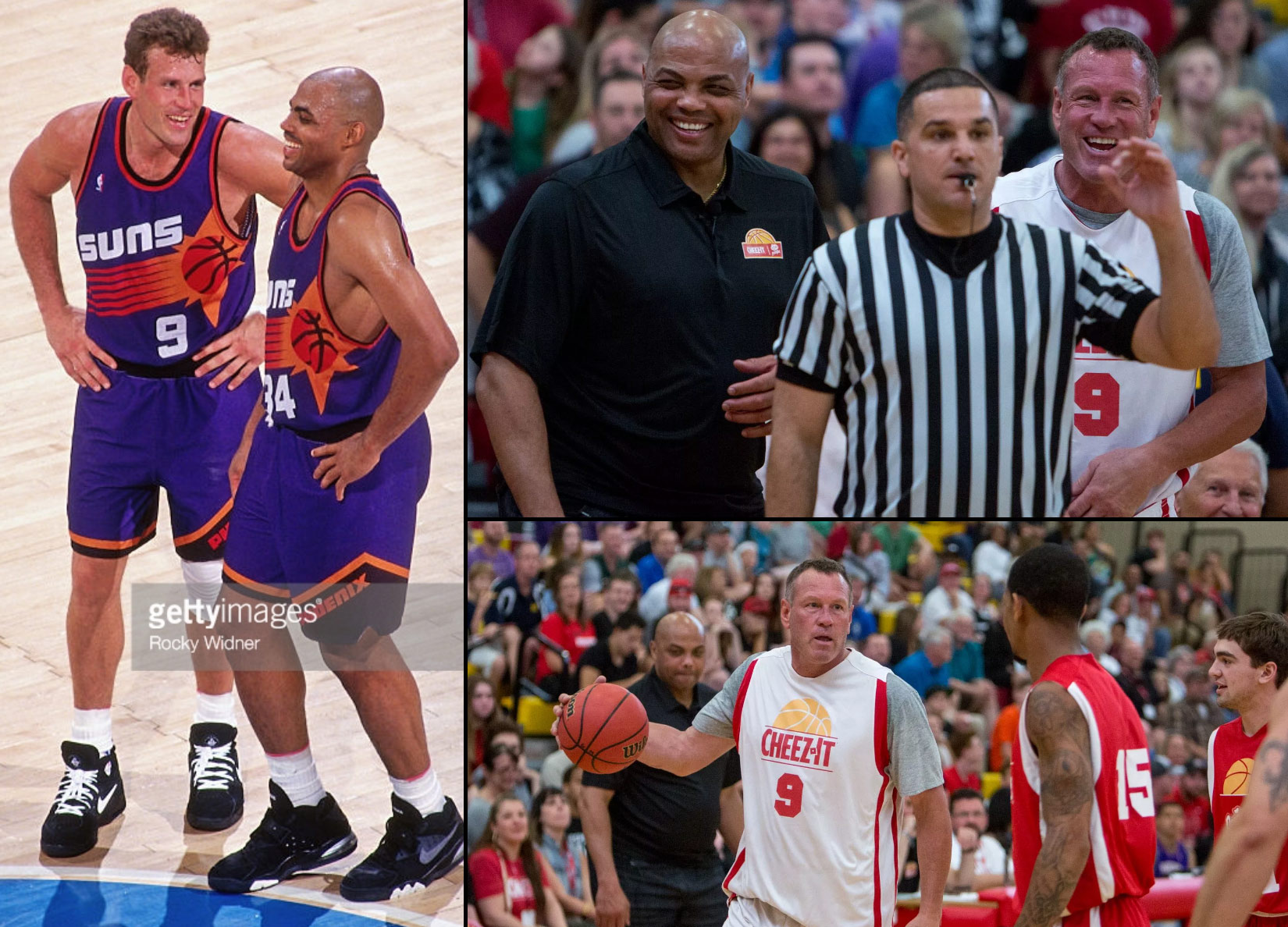 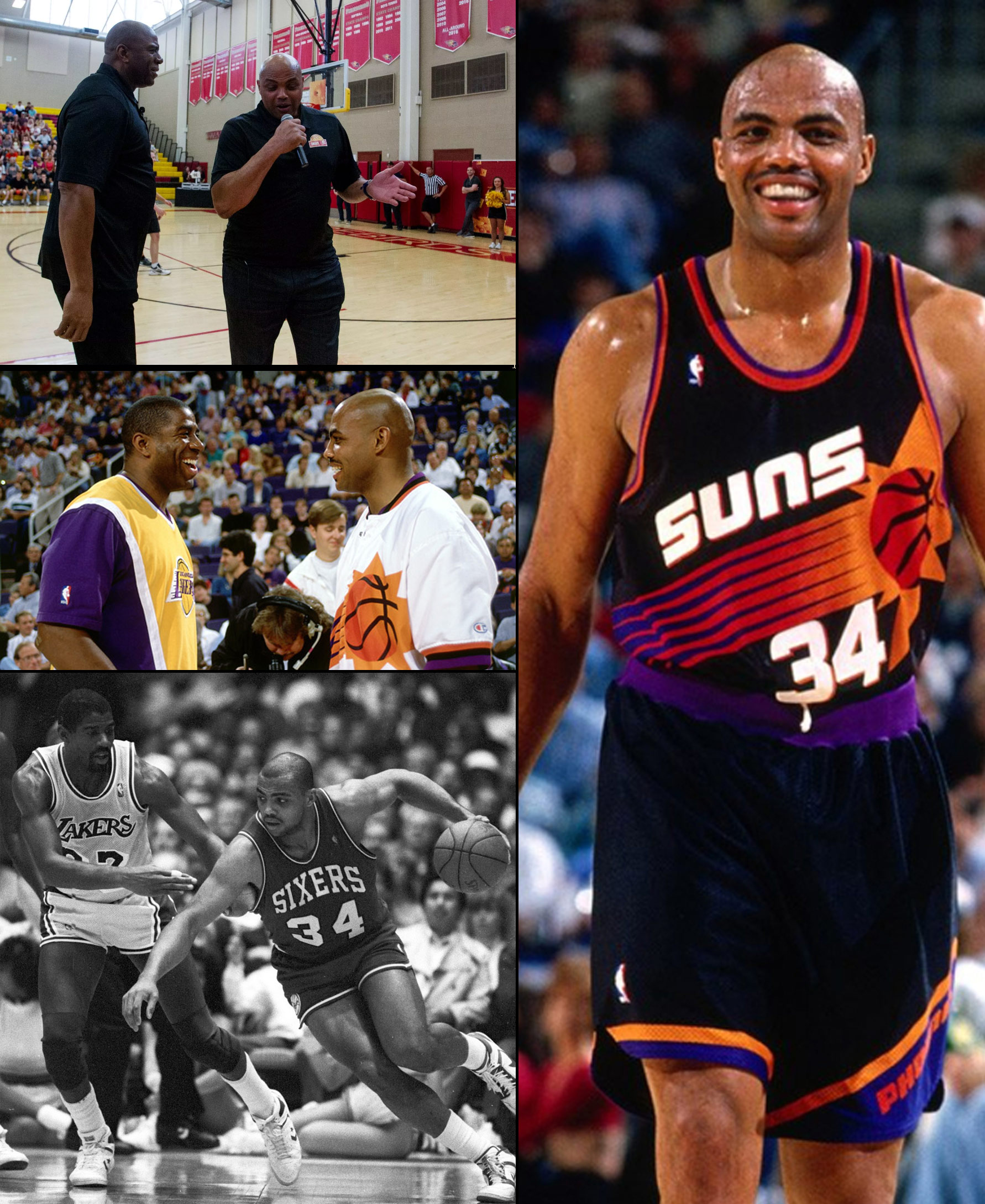 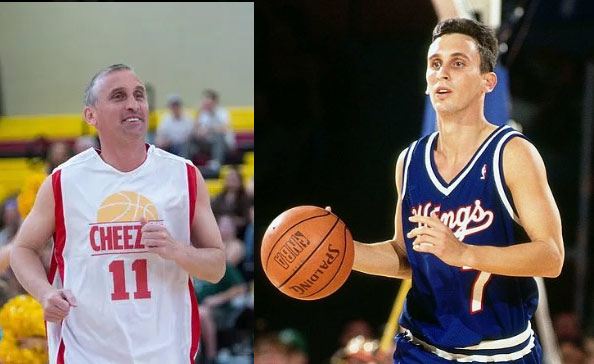