Ever since Rondo and Kobe had a breakfast a few days ago, Lakers fans have been praying for the Rondo to the Lakers rumors to come true. And last night salt was poured on those fans’ wound as they watched their Lakers lose by 17 to the Pelicans and the Celtics beat the Wizards behind Rondo’s triple double against John Wall.

Wall had another great game with 17 points, 14 assists and 8 rebounds but the Wizards pretty much played like the Lakers and were down by 9 after the 1st quarter and 17 at half-time.

After Rondo’s 13/13/11 performance, he now has 25 points, 21 rebounds and 27 assists over his last 2 games…and since his breakfast with Kobe. Here’s more salt, the Lakers tried Ronnie Price as the starting point guard last night and he had 3 points and 3 assists in 26 minutes while Jeremy Lin came off the bench and scored 3 points and 4 assists. 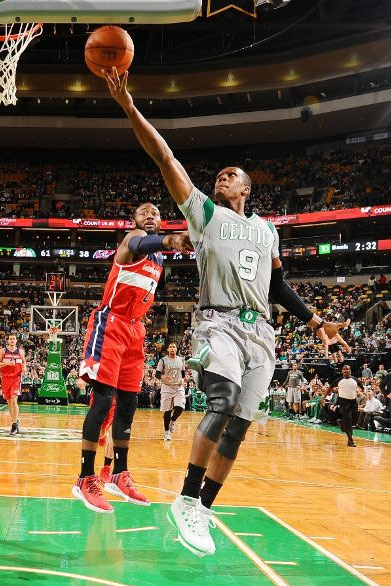