Rajon Rondo has been a triple double threat and beast for the past couple of weeks and on Thursday night without the services of DeMarcus Cousins, the triple double king flirted with another one while dishing out a season-high 18 assists.

“He’s playing like Rondo,” said Wade after the Heat win. “As a fan of the game, I’m just happy to see him healthy and when he’s healthy he’s one of the top point guards in this league. He’s back to proving that.”

He’s also back to his old tricks which includes his behind the back ball fake. He used so well against the Heat that he tricked one of the cameramen.

Rondo finished with 14 points, 18 assists and 9 rebounds and is averaging 14/14/10 in his last five games after getting a triple double in 3 of his previous 4.

“I think his play is very encouraging and positive for everybody,” Kings coach George Karl said. “He makes everybody better. He makes the game happen.” 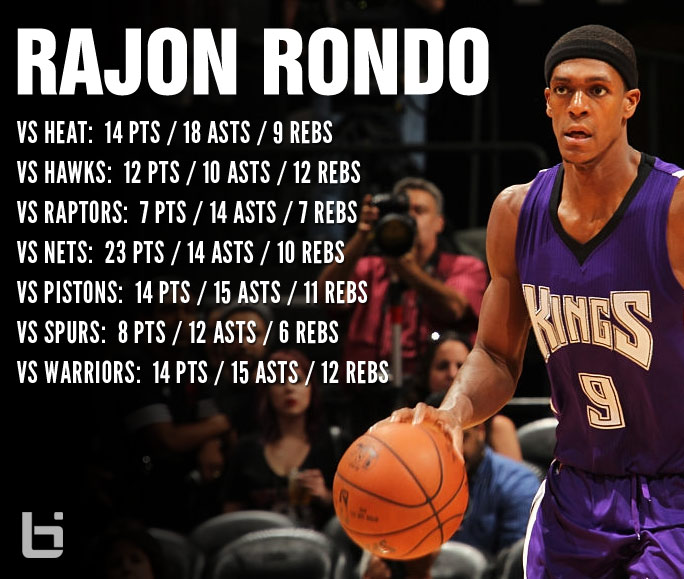