Back in May, up and coming rapper Vince Staples went on Grantland’s ‘NBA after Dark’ to talk hoops and explain why he’s a “Chris Paul hater.”

“I wouldn’t say I  hate him as a person,” said the Long Beach native. “He’s probably a great father. Great spokesman. Horrible shooter.  I just don’t like the way he plays. He’s never really played good in the playoffs.”

If you think that’s harsh, that was just an appetizer to the meal Staples delivered last night on Twitter when he went off on the Clippers’ point guard who played pretty good in this year’s playoffs. 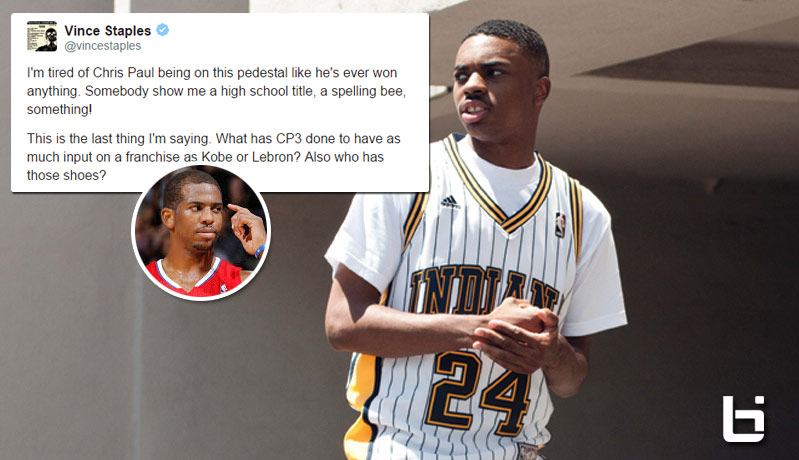