If Deron Williams wasn’t having enough problems (3 of 13 shooting) against the Pistons on Wednesday night, he had to deal with some BS with referee David Jones.

After a disagreement between the two, Williams calmly went back to the Mavs bench and then David Jones came over and said something to Williams before walking off. When Williams repeatedly asked – without yelling or cursing – what the ref said, Jones turned around and hit him with a Tech.

After the game, a pissed Rick Carlisle talked about the baiting by the ref.

”He went out of his way. He could have walked away from it. I said, `I got it. Let it go.’ He said, `No. I got it.’ He walked back into our huddle and baited Deron Williams into getting into a technical. And I don’t think that that’s right. A referee’s job is to defuse a situation. not to blow it up. And the referee we’re talking about is an experienced guy. But I’ve never seen anything like this.”‘

Williams wisely didn’t comment on the situation after the game.

“I’ve never commented on officials in my 10-year career and I’m not going to start now. Things happen during a game. I got T’d up. That’s all there is to it.”

Williams finished with 8 points and 9 assists as the Mavs lost 96-102 to the Pistons. 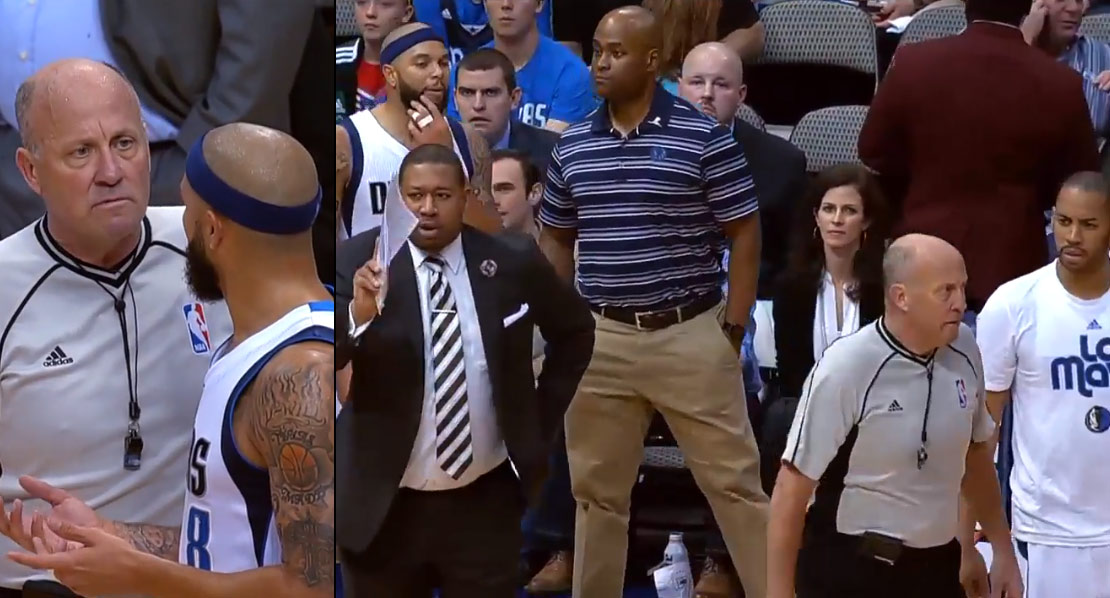