During the Warriors’ 46-point beatdown on the CP3-less Clips Saturday, JaVale McGee was called for an offensive foul by just standing still and having his a$$ grabbed by Austin Rivers. McGee responded by giving the refs one of the best “Who me? I didn’t do $#it!” looks since Charles Barkley in the 90s. 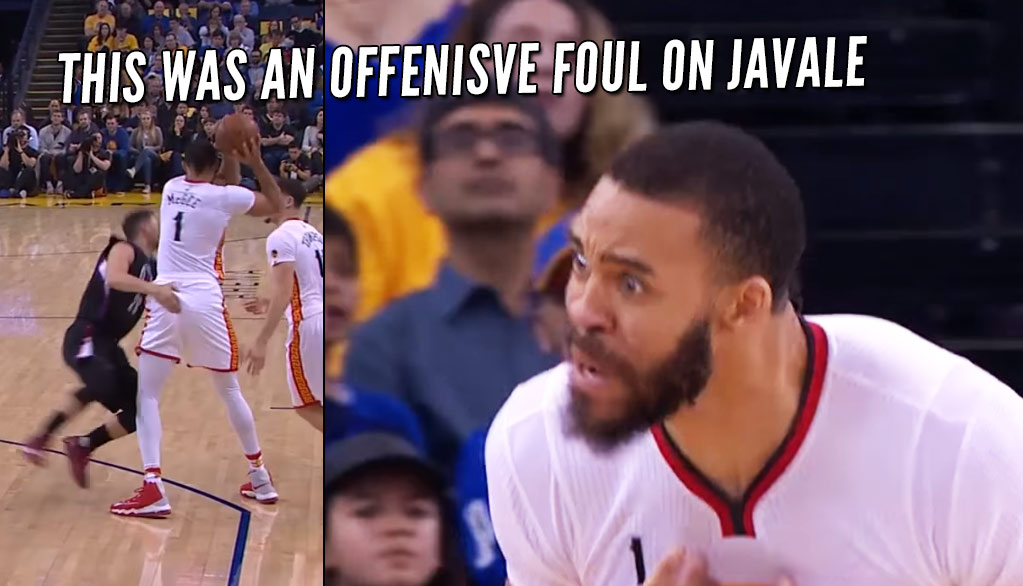 Besides getting punished for being violated, McGee also had 9 points on 4 for 5 shooting, 3 boards and 2 blocks in just 10 minutes of action. Rivers, who has been playing very well in his past couple of games, only made 3 of his 11 shots while the backcourt of him, Raymond Felton and Jamal Crawford only made 8 of 30 shots. So when does Carmelo arrive at LAX?