The Pistons ended a 10 game skid and Reggie Jackson broke out of a slump and recorded a double double of 11 points and 13 assists…in one half.

“I have no idea what was different tonight,” said Van Gundy about Jackson who finished with 23 points and a career-high of 20 assist in 34 minutes vs the Grizzlies. “All I know is that he was finding open guys when we needed that and he was getting to the rim when we needed that. It was a phenomenal game.”

Jackson was also 10 for 18 from the field making Tuesday night’s game the first time he shot over 50% in 15 games and the first time with the Pistons. 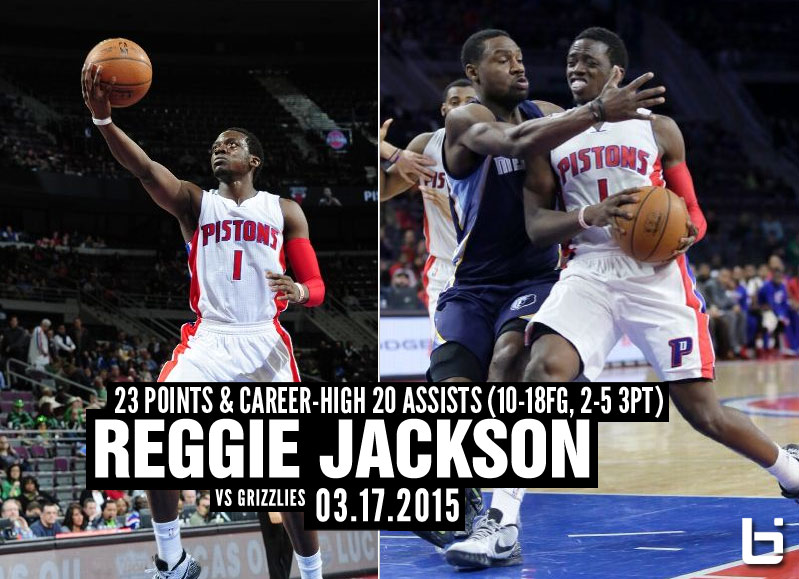