Everything was going so well for Reggie Jackson until the final seconds of the Nets/Thunder game last night.

He had 21 points and 8 assists. He had the play of the game with a crossover and dunk on Brook Lopez. Down by 3 with 10 seconds left, he hits a tough layup. Then with 4.5 seconds left and the Thunder down by 2, Jackson goes for the win with a 3-pointer – but misses.

“Tonight wasn’t a bad shot,” Oklahoma City coach Scott Brooks said. “We probably could have gotten something at the basket. We were in the bonus and down two and had shooters on the court. I thought he could have had an opportunity to drive, but he did get a good look. He got a clean look and a clean three. The ball went in and out.” 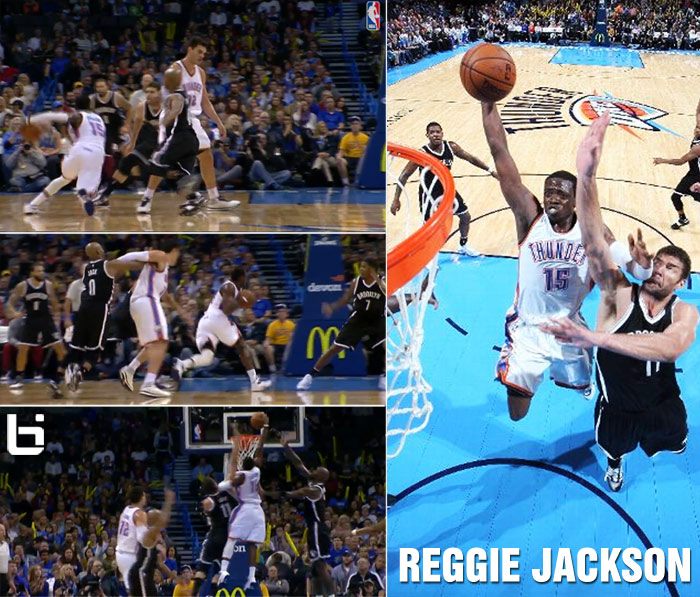