The Reggie Jackson show continued on Sunday as the league leader in minutes played flirted with a triple double and had the dunk of the game with an and-1 dunk on center Festus Ezeli.

The dunk brought an excited Kevin Durant and Russell Westbrook off the bench to congratulate Jackson….Iguodala was less than enthused. 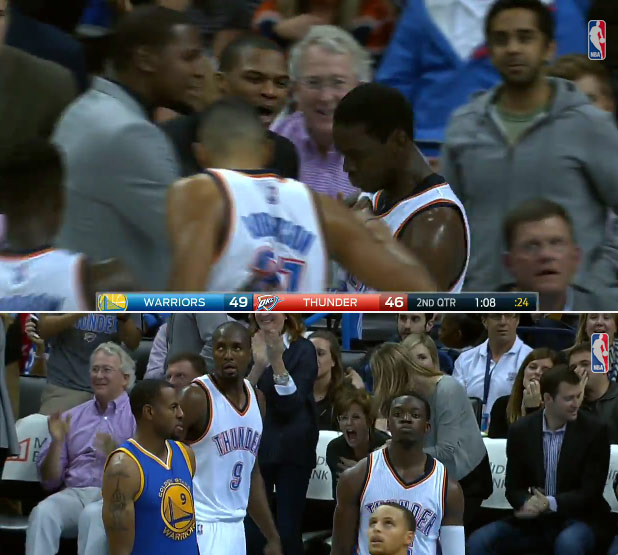 Jackson’s 22 points (off 26 shots) was a team high and his 8 assists were 3 more than the rest of the Thunder combined. He also chipped in with 11 rebounds and a steal in the Thunder’s 5 point loss to the Warriors. 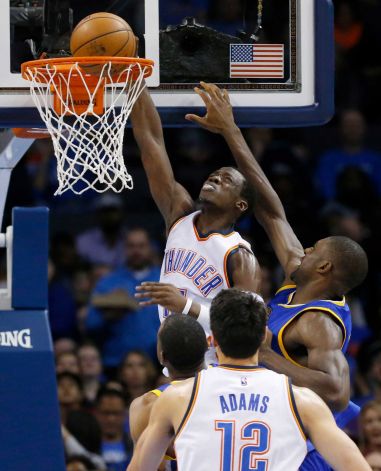