The Knicks ended their painful season with another loss giving them a franchise record for fewest wins.  The Pistons ended their season on a pretty good note with their most wins since 2009 and another solid double double by Reggie Jackson who had 24 points and 11 assists in the 22 point win.

“The last two-thirds of the year I thought was pretty good,” said coach Stan Van Gundy. “We were 27-27 over the last two-thirds, which put us in the top four or five in the East. To go from 5-23 to that is a remarkable improvement.” 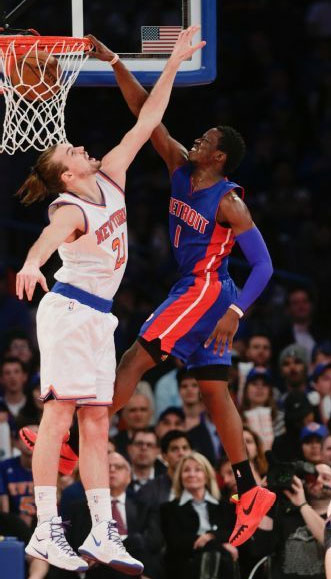