“The funny thing is, when I was scoring I felt like we were scoring. I saw the ball going in the basket but I didn’t necessarily know it was myself putting the ball in there a lot,” said Reggie Jackson who scored a career-high 40 points on Sunday. “The team was just moving the ball, great screens which allowed me to get open, and I tried to be aggressive.”

Trying to be aggressive is an understatement. Jackson achieved 26 of his 40 points in the final quarter.

“I told him (Jackson) it was time for him to take over,” said Drummond who put up a ridiculous stat line of 29 points and 27 rebounds. “I told him he needed to step it up and take over in this fourth quarter.”

“I’ve coached a long time and have never been part of a fourth quarter like that,” Pistons coach Stan Van Gundy said. 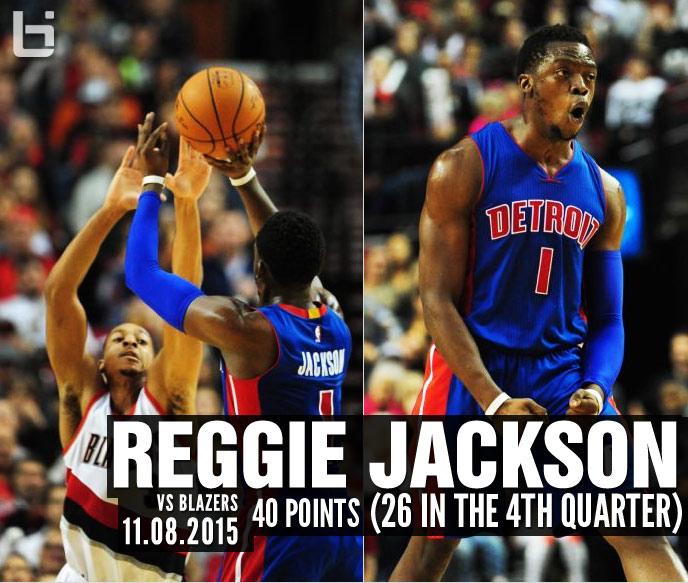