“(He said) `You gotta go. There’s no excuses,” said Reggie Jackson about a pep talk he got from Coach Van Gundy. “This is something I have been asking for my entire life, something I have always wanted. I want to be the man, and you have to go be special. … Everything is kind of on my shoulders. We go as I go, so just continue to be aggressive, attack and make the right plays. You have to go chase it.”

Reggie was the man on Saturday night scoring 15 of his 29 points in the 4th quarter vs the Heat including the game winner with 5 seconds left.

“Reggie really stepped up,” Van Gundy said. “We had a talk about him wanting to have the opportunity to be `the guy.’ Well, `the guy’ can’t be tired. I thought he … was not the least bit afraid to take the game on his shoulders tonight.”

Jackson also had a game-high 11 assists but did turn the ball over 7 times. 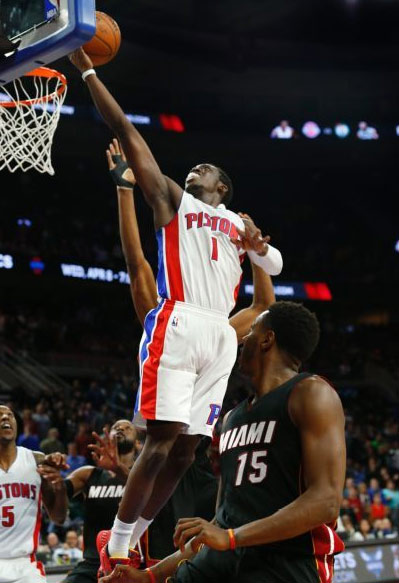