Well, he has a bit of a temper.

Remember The Big O? No, not the NBA great who before this season was the only player in NBA history to average a triple-double for a season. I’m talking about Oliver Miller, the only player in NBA history to flirt with 400 pounds after eating one too many triple and double cheeseburgers. I’m talking about the guy who played well as a rookie during the Phoenix Suns road to the 1993 NBA Finals against Michael Jordan and the Bulls. I’m talking about the guy who played for 18(!) professional basketball teams between the 93 Finals and a 2010 stint with the Lawton-Fort Sill Calvary? The what? Besides the seven NBA teams he played for, there’s a good chance you have never heard of any of the other teams: Gary Steelheads? Southern California Surf? Arkansas RimRockers? Arkansas Rivercatz?!?

Let me back up, because I don’t want people to think this guy was just some fat scrub.

Standing at 6’9″ and around 300 pounds, Miller was a standout college player at the University of Arkansas. I still remember him forcing OT against LSU by swatting a shot by NCAA MDE Shaquille O’Neal in a game. He was drafted by the Suns with the 22nd pick in the same draft that saw Shaq and Alonzo Mourning go 1 and 2. In limited minutes, he put up numbers that fit his frame and played a very important role in beating David Robinson’s Spurs and Shawn Kemp’s Sonics in the 93 playoffs. His numbers got bigger the following season and so did his weight. Then after a rape allegation, the Suns were ready to give up on him.

After a season with the Pistons, Miller ended up in Toronto, where he put up career-best numbers and had the meltdown featured above.

That video is from December 5th of 1995 and following two exceptional performances by Miller — 20 points, 11 boards and 6 blocks vs the 76ers and 29 points vs the Heat. After getting hacked by (a skinny) Shawn Kemp and not receiving a call, Miller flipped out and was ejected by a replacement referee. That’s when he went into Bob Knight mode, threatened the refs and tried to throw a chair onto the court. If this happened today, I’m pretty sure he would have been looking at a big fine and suspension. Back in 1995, he probably got a slap on the wrist and was told no dessert tonight by his coach.

After a mediocre follow-up, Miller was playing the best ball of his life. Here’s a few standout performances from that season.

Look at those assist and steals totals! The man had serious basketball talent and was far from just a big body so many people assumed he was. But the Raptors let him go at the end of the season and after watching him get bigger in Dallas, they brought him back for another two seasons. Then he had a quick bite in Sacramento and another trip back to Phoenix before taste testing overseas.  By the time he came back to the Wolves in 2003, he was reported to be as heavy as 380 pounds. 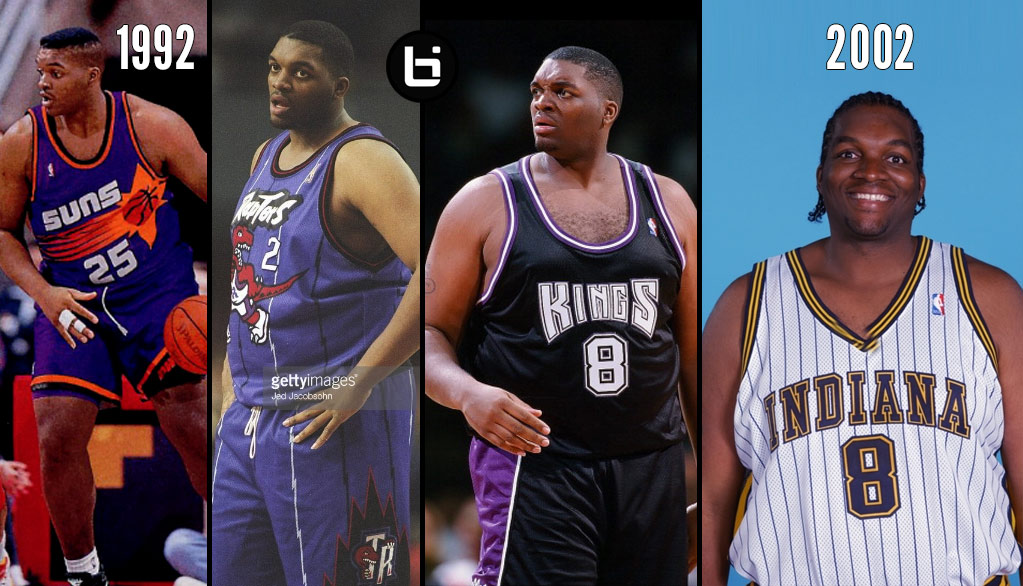 After the Wolves, he made a few more stops with those mentioned teams you have never heard about and probably will never hear about again.

Then in 2011, his temper got him a little more than a slap on the wrist. Miller was sentenced to a year in a Maryland jail for pistol-whipping his girlfriend’s brother. After serving his time, he became a car dealer in Mesa, Arizona. Before you get too down, this story does end with happy ending. In 2016, a much, much thinner looking Miller was enshrined into the Arkansas Sports Hall of Honor.

“They said I was the second-most beloved person in Arkansas behind Bill Clinton,’’ said the 46-year old Miller during his speech.

That might be true and although most NBA fans only know him as “the fattest NBA player ever,” I want them to know he was also a very skilled basketball player. 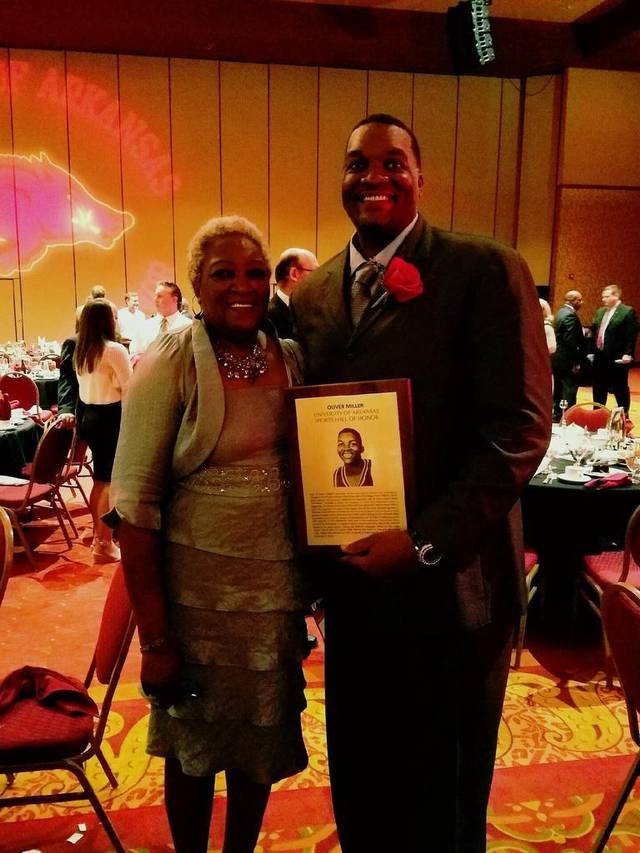 Sources: Star-Telegram, Bright Side Of The Sun