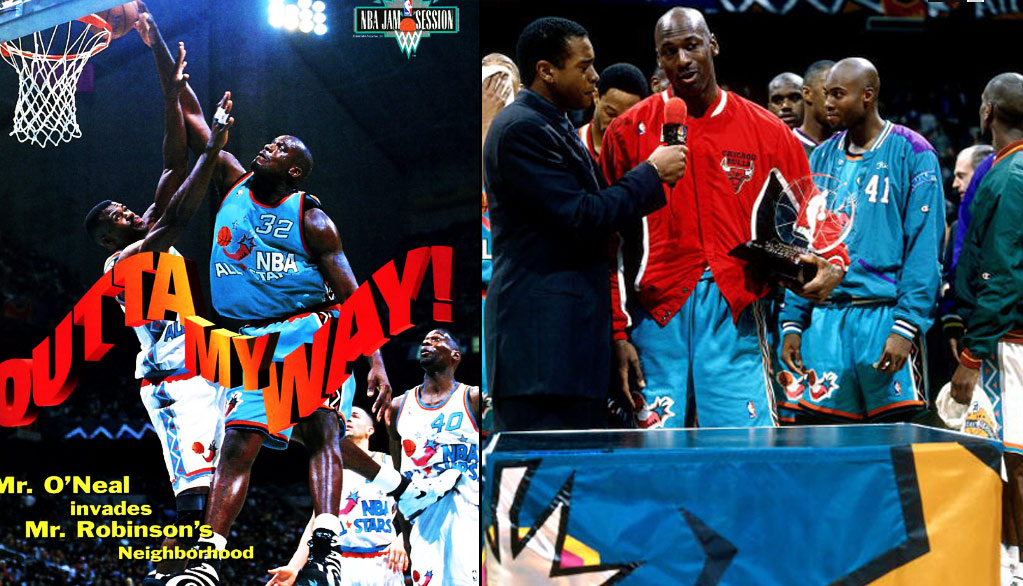 Playing back in his hometown of San Antonio, Orlando All-Star center Shaquille O’Neal wanted to put on a show in the city where he went from an unknown 6’10” kid who couldn’t dunk to a poster-making man-child/beast/senior at Cole High School. He also wanted to put on a show for all his fans who missed watching the league’s best poster maker play, since he missed most of the first half of the season with a broken thumb (thanks Matt Geiger!). Then there are the Spurs’ fans Shaq loved teasing after every dunk on their beloved David Robinson, who has been on Shaq’s $#itlist since the day Robinson, according to Shaq, blew him off before he was in the league (Shaq later admitted he made up this story).

As interesting as that storyline is, the NBA was more interested in showcasing Shaq’s frat brother, Michael Jordan, in his first NBA All-Star game since coming out of retirement. And for three quarters, Jordan entertained the crowd, scoring an easy 20 points on 8-of-11 shooting with a big smile on his face.

With a comfortable 22-point lead going into the fourth quarter, Jordan sat the final period, the West went on a little run and Shaq became a one-man wrecking crew: scoring nine of his game-high 25 points and putting David Robinson on one of the best and nastiest NBA posters of all-time.

When the game was done, everybody, including Jordan and his Chicago teammate Scottie Pippen, thought Shaq was going to win MVP of the annual event that hasn’t been too kind to him in the past — Pat Riley limited his minutes during his rookie season so Ewing could play more and George Karl had Shaq double and triple-teamed during Shaq’s 2nd All-Star game. But, the NBA awarded a surprised Jordan with the award and the league’s excuse was the MVP votes had to be turned in early in the 4th quarter…because it makes perfect sense to decide who the MVP of a game is before it’s done. 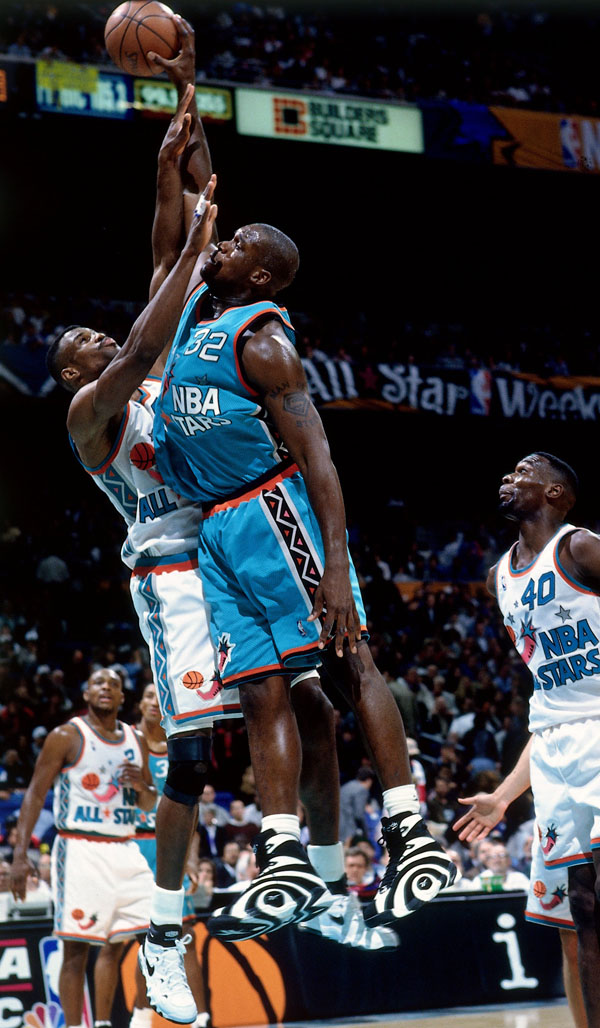