Do you remember Eddie Griffin?

Not the comedian but the 6’10” high school phenom that won MVP at the ABCD camp, was named Parade High School Player of the Year, could have been a lottery pick straight out of high school, went to Seton Hall, won Freshman of the Year and was considered by many to be the most talented player going into the 2001 NBA draft? Remember the emotionless-looking power forward who was drafted by the Nets (7th pick) and traded to Houston (for three 1st round picks), where he would often catch fire late in Rocket games, hitting one clutch three-pointer after another? Remember the defensive force who would go on double-double streaks with five or more blocks? Probably not.

If you remember him, you probably remember a talented prospect who fell to the 7th pick because of questions about his attitude and history of fist fights. A troubled young man — the youngest Rocket ever at 19 — who had a losing battle with alcohol throughout his professional career. A scared young man who once tried to bribe police officers and the owner of a parked car he hit (while intoxicated and masturbating) any new car he wanted. A life that ended on August 17th of 2007, when he was once again driving intoxicated, crashed into a train and burned in the flames.

He was just 25 years old at the time of the accident.

“Everybody tried to help him from the top to the bottom of the organization,” said former coach Dwane Casey. “He just couldn’t get it straight. It’s a tragic ending for a beautiful kid. He had a beautiful heart.”

“Eddie is where he wanted to be,” said John Lucas. “He’s happy. I don’t know that he loved basketball. I think he liked it because it provided for him. I do know he loved his sister, his family … But it was hard to get on the other side of Eddie Griffin.”

If you want to read more about Griffin’s life then check out this great story by Jonathan Abrams of Grantland. 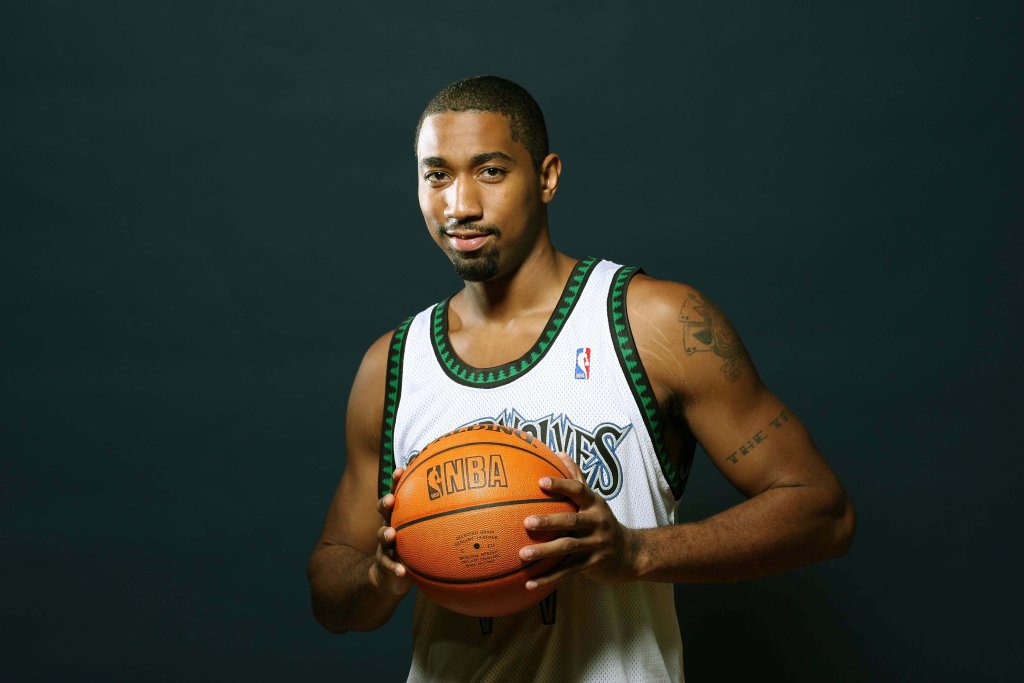 A few weeks after dominating future prep-to-pro player DeShawn Stevenson, Griffin and his Roman Catholic team took on powerhouse Camden and one of the best high school players of all time, Dajuan Wagner. Over 9,000 people, including Allen Iverson and Larry Hughes, showed up and watched Griffin, with a sprained ankle, put up 29 points, 6 rebounds and 5 blocks as his team crushed Wagner’s team 72-47.