Do you remember when Joe Smith played for your favorite team?

And the team you hated the most?

The former #1 pick of the 1995 NBA Draft played for an NBA-record 12 teams during his 16-year career and although he’s put up solid numbers for many of those seasons, I always wondered how things would have been if he would have stayed with the Warriors.

For those who just look at his draft placement (before players like KG, McDyess, Sheed and Stack), his lack of NBA awards and assume he was a bust, you should know that he finished second in Rookie Of The Year votes that season (Damon Stoudamire won the award) and was a beast right from the start: He had a 30 point, 8 rebound game in his 4th NBA game and multiple 20/20 games during his impressive rookie campaign.

He started off his second season even hotter, with multiple 30-point games, including a 36 & 17 one against Damon Stoudamire’s Raptors.

But midway through Smith’s final season of his rookie contract, he asked to be traded back to the east coast and ended up with Iverson’s 76ers. That stint didn’t last long and Smith signed with the TWolves the following season. Then we had a little drama here, a trade there, another trade back to here, a free-agent signing everywhere and in 2011, Smith decided to end his basketball journey.

Since today is Smith’s birthday, I thought I would celebrate his life journey and the first few seasons of his basketball journey with some great videos of Smith with the Warriors.

And yes he probably played with your favorite player… 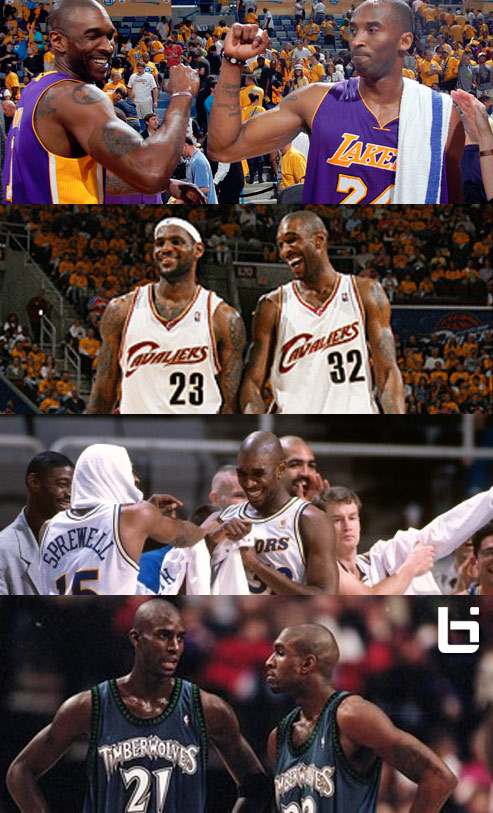