On February 9th of 2004, the Portland Jailblazers sent the league leader in techs to Atlanta for “three players of good character” – according to Portland GM John Nash.

Those “three good guys” were Shareef Abdur-Rahim, Theo Ratliff and Dan Dickau. Those three guys might have been good guys off the court but didn’t do a whole lot to make people forget about Sheed’s value on the court.

Atlanta didn’t get much mileage out of Sheed either. They only played him one game and then traded him to the Pistons in a salary dump move. We all know how valuable Sheed was in Detroit and what the Hawks got for him was Chris Mills, triple-double hungry Bob Sura and a future pick that eventually became Josh Smith.

And How did he feel about bouncing around? He didn’t as long as somebody was cutting a check.

“As long as somebody ‘CTC,’ at the end of the day I’m with them,” Wallace told reporters. “For all you that don’t know what CTC means, that’s ‘Cut The Check.’ […] But if I have to go somewhere else and play, I’m not going to sit up here and boo-hoo about going. No, because at the end of the day, I will still be able to do the things necessary to take care of my family. That’s what the CTC means, whoever cuts that check, that’s who I have to play for.”

Lucky for Sheed, in Detroit, he got a check and a championship ring. 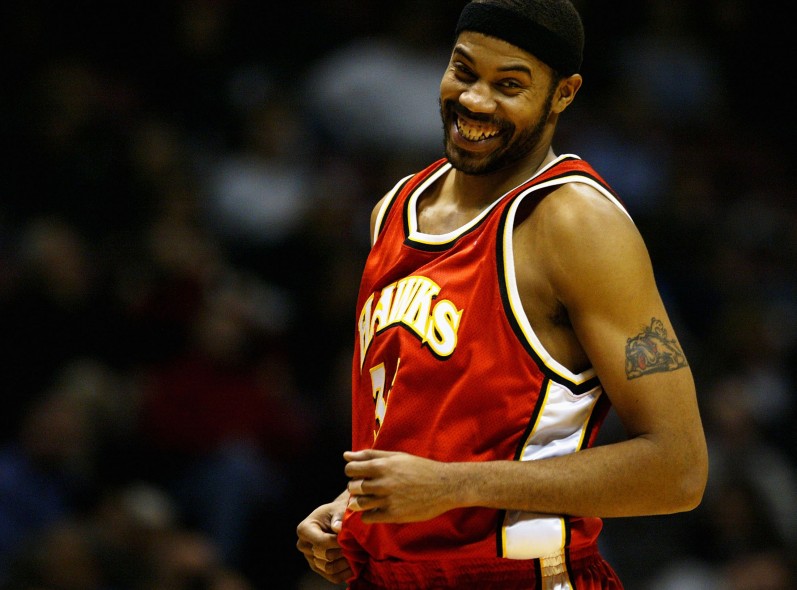